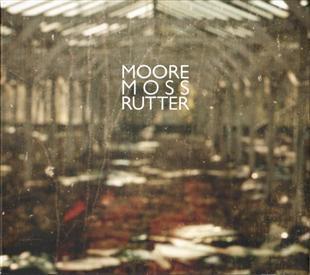 Young folk award winners Tom Moore (fiddle), Archie Churchill-Moss (melodeon) and Jack Rutter (guitar and vocals) have finally produced an album - and it was well worth waiting for.

This is a mainly instrumental album, with two well-chosen songs. Both are sung by Yorkshireman Jack Rutter, The Dalesman’s Litany being particularly appropriate. However, tune playing is their forte and each tune set is delivered with effortless virtuosity.

Tom Moore’s mellow fiddle playing opens the album with The Drummer/Mount Hills with the melodeon and guitar joining in gradually to build up the texture and energy.

The album includes some of the band’s own compositions, many of which have a story behind them - Big Sleep for example is named after the hotel in Cheltenham used by many artists and punters during the town’s annual folk festival in February. During that week, it is a most inappropriate name! The rising melody is reminiscent of Bach’s Toccata and Fugue in D minor.

Other sources of inspiration are also evident: Archie Churchill-Moss’s Near the End was written with A levels looming, while his Wootton Hill was inspired by a hill in Somerset where he goes running. Tom Moore also composes - his six part tune Scorpion is just stunning, and is a perfect showcase for his superb fiddle playing.

While many of the tunes seem to display boundless energy, the trio are also capable of delivering a more contemplative sound effectively. Lapwings at Night written by Jack Rutter is a perfect example of this. The track also includes some lovely percussive guitar playing.

The album ends with a flourish in the shape of two hornpipes - William Taylor’s and the Savage Hornpipe, which seem to pay homage to Le Hot Club de Paris.