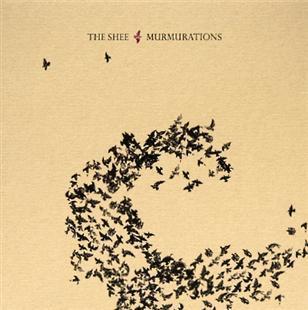 Murmurations (a collective noun for starlings) is the third album from the all female sextet The Shee.

With three vocalists and six instrumentalists there are endless possibilities for changes of texture and they certainly make the most of this on this recording. Members of the Shee play flute, fiddles, harp, mandolin, viola, accordion and harmonium. However, the sound is never overdone, resulting in a very clear and distinctive sound to each track

The usual advice to artists when recording an album is to start with something upbeat. The Shee have bucked that trend here and opened with the traditional song Down in the Broom - a brave choice, but a good one with its stark string accompaniment and delicate vocals.

The song moves seamlessly into the tune set Starlings where flute, accordion, mandolin and electroharp are added. In fact, the gaps between tracks are so small, the album seems more of a whole than a collection of individual pieces.

Our Bottle is initially striking in that it sounds like it’s coming through a telephone, or maybe an old cassette recorder. A poignant song about the end of a relationship, it has perhaps the simplest accompaniment on the album.

The Shee’s stunning interpretation of the Child Ballad Three Knights fittingly uses all three vocalists, with accompaniment mainly from the accordion. The texture and tempo changes throughout the song, reflecting the development of the story - a clever way of dealing with a long song consisting of short verses with a refrain. The ending will leave you wondering if it really has finished.

The Shee are as adept at writing and arranging tunes as they are with songs - the tune set that follows Three Knights combines the traditional Northern Frisk with harpist Rachel Newton’s Creepy Carousel. While two band members combine tunes inspired by their birthplaces in Highlands and Flatlands.

Rachel Newton closes the album, taking the lead on the beautiful Gaelic song An Till Mise Chaoidh.

Murmurations combines skillful interpretations of traditional music with the Shee’s own song and tune writing prowess. A delight for the ears.