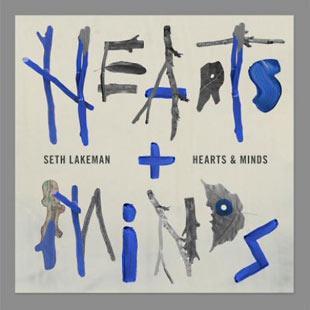 Hearts and Minds is the fifth solo release from the critically acclaimed folk-fiddler Seth Lakeman.

Leaving behind the myths and legends of his native Devon and Cornwall, Seth concentrates instead on the ups and downs of everyday life focussing particularly on the working man. The result - a much more overtly political offering, which upholds the social ideals of equality, justice and standing up for what you know is right.

Starting as he means to go on, the album’s title track, and first single, embodies all these ideals. Drawing heavily on the fiddle, ’Hearts and Minds’ is a melodic rocked-out critique of the British banking system and the ’dash for cash’. Fully capturing the energy of Seth’s live performance, the track demonstrates the full range of the band’s talents

Another stand out track is the previously unheard, ’Tiny World’. Another strong fiddle track, Seth has combined a number of new elements - namely an accordion and numerous backing vocalists - to add new colour and keep the sound fresh. The various backing vocals bulk out the chorus line, adding new depth and helping push the song’s message over the very prominent fiddle. Fantastic.

As with Poor Man’s Heaven, however, the differences between the live and recorded versions of Seth’s new material are stark. Hearts and Minds employs the talents of highly applauded producer Tchad Blake, but the overall production leaves some tracks polished to an inch of their life.

As is the case with the utterly beguiling ’Watchman’. Slowed right down for the record, the opening has lost much of its energy and, whilst still a stunning composition, it seems stilted when compared to it’s live counterpart.

A mature release, Hearts and Minds takes Seth’s work in a new direction, demonstrating new talents and confidence both in terms of his performance and composition. But the over-production may leave some long-term fans wishing for the raw sounds of Sean’s Devonian piano kitchen.