Lisa Knapp - Till April is Dead - A Garland of May 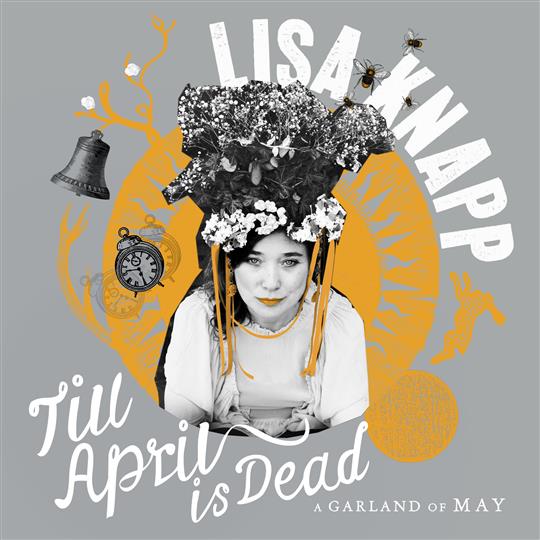 ’Till April Is Dead - A Garland of May is intriguing and inventive, an exploration of the peculiar relationship the folk tradition has with the month of May.

In what is her third solo release, Lisa Knapp mixes her silvery vocal renditions of traditional May songs with spoken word, bird calls and clocks. It’s quite original, but at the same time Knapp is evoking the same divide between light and dark that musicians have identified as being particular to the Maytime for centuries.

The opening track, appropriately named The Night Before May Day, opens with Steve Roud (creator of the Roud Folk Song Index) speaking about the traditions of the night before May. He’s joined by a hooting owl, which one would think would sound silly, but the actual effect is surprisingly vivid, particularly once Knapp joins in with her soft, sweet vocals.

Interestingly the levels of the owl hooting are quite high - louder even than Knapp’s singing. You might think it an odd production choice, but it does do something to put you in the middle of the song - it feels more like you’re sat listening to Knapp sing by moonlight rather than like someone’s stuck a recording of an owl on a CD.

By contrast, Staines Morris is an energetic, hypnotic descent into Mayday madness, helped along with David Tibet’s otherworldly, half sung, half spoken vocals. It’s reminiscent of 60s-70s folk rock, and the fey hedonism often associated with spring.

Some of the songs are more traditionally traditional. Searching for Lambs, with male vocals provided by Graham Coxon, is a moving, bittersweet ballad. Knapp’s voice makes for wonderful listening of itself, but when combined with Coxon’s tender voice the result is exquisite.

The other tracks in the same vein, such as Don’t You Go a Rushing and Bedfordshire May Day Carol, are lovely listening by merit of Knapp’s fine voice, but there’s less to distinguish them from the work of other balladeers compared to the rest of the album.

’Till April Is Dead - A Garland of May is best when it goes beyond the ordinary - fortunately it does that more often than not.

Released 28 April on Ear To The Ground Records.