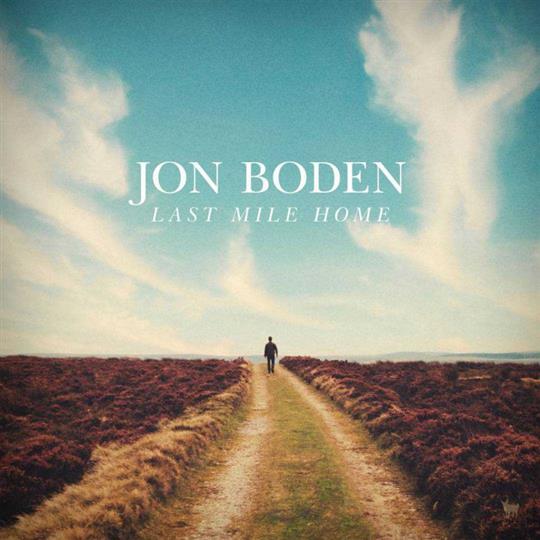 Recorded in the spring of 2020, Last Mile Home concludes a set of three albums meditating on environmental collapse. Last Mile Home closes the trilogy out with a theme of rebirth and renewal.

It’s not unusual for folk music to focus on the natural world but it often creates an environment that feels heavy and autumnal. Here Boden creates a world that feels distinctly lighter and more like spring. A season when nature is returning.

Last Mile Home itself tells the story of an established couple as they journey across a moor towards the sea. The album’s first three tracks, Old Straight Track, Into the Garden, and Honeysuckle Halo play an introductory role.

The birdsong that opens Old Straight Track and with it the album immediately establishes the spring setting, reinforced by Boden’s rich descriptions of the environment in which the couple begin their journey. Into the Garden, more explicitly describing the world from their perspective and the idea of nature’s recapturing of the natural world. Honeysuckle Halo introduces the couple with whom we embark on this journey, their memories of youthful love below the warm sun.

Honeysuckle Halo is one of the standout tracks of the album, the strings which feature throughout the album make their introduction and give the track a element of soft anthem.

Last Mile Home settles into a slower more established pace and more ethereal feel. This is interrupted by the shock of adrenaline is supplied by Flash Flood. Come Out Wherever You Are has a strong morris dance-like jump to it.

There’s a lot to like about Last Mile Home. Boden pulls in interesting influences and elements.

The use of distortion effects, birdsong samples and the narrative element of the album are engaging. As suggested above Boden finds a means of painting nature in spring. All this said there is something about Last Mile Home in which the sum of the parts feels a little short of all the elements.

The optimism of the music is undercut by a certain melancholy to the lyrics. The presence of the album’s narrative structure is easily discerned but the narrative itself isn’t told simply enough to engage with.

Ultimately Last Mile Home feels more like the first steps in a musical journey than the destination.

Released on CD, LP and digitally on March 5 2021 on Hudson Records. Produced by Andy Bell.

1.Old Straight Track
2. Into the Garden
3.Honeysuckle Halo
4.Cinnamon Water
5.Dream of the Ocean
6.Under the Bough
7.Lay My Body Down
8.Flash Flood
9.Walking Song
10.Come out Wherever You Are
11.The Path is Winding
12. Last Mile Home