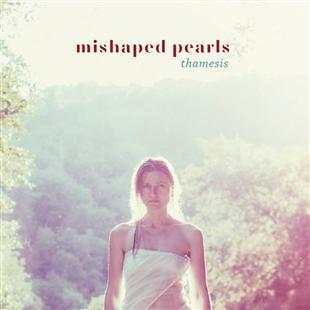 Thamesis is the third album release from Mishaped Pearls since their formation in 2009 by lead singer Manuela Schuette and multi-instrumentalist Ged Flood. Whilst their first two albums look to European poetry and folk tradition for inspiration, this new recording finds the band exploring themes much closer to home.

As can be guessed from the album’s title, Thamesis’ overriding imagery is water. The first song, Old Father Thames, describes the river from Cleeve in Oxfordshire to Sonning in Berkshire. Schuette’s powerful mezzo-soprano voice is supported by a range of plucked instruments and the swooping violin of producer Gerry Diver (O’Hooley and Tidow, Lisa Knapp). It’s an arresting opening.

The title track, which takes its name from the Latin word for Thames, is a much darker affair. A more rock influenced piece, the song likens the river to a siren-like seductress who leads unwary men to their death.

This theme of death continues in Flood’s reworkings of three traditional songs which sit very comfortably amongst the self-penned pieces on this album. Indeed, in many ways these tracks are the strongest pieces on Thamesis.

Jimmy is an adaptation of the traditional song, Polly Vaughan. It tells the tale of a hunter, Jimmy, who kills his lover after mistaking her for a swan. Flood sets the text to a tune of his own making. It has a fine full-bodied chorus sung against a driving accompaniment.

A strong chorus is also a feature of Three Crows. This song, about a pregnant woman who buries her lover, makes evocative use of tinkling piano, guitars and bass to tell its dark story.

The final traditional piece sees Flood taking lead vocal duties on a version of Six Dukes Went a-Fishing, (the title is shortened to Six Dukes). Again, the accompaniment is a mixture of rock and acoustic instruments, the spooky atmosphere enhanced by the subtle use of loops and electronic effects.

The album’s penultimate track is a cover version of the Ralph McTell song First and Last Men which has been renamed First and Last Woman. The lyrics have been slightly altered too, making the song into a feminist anthem which is boldly sung by Schuette.

Thamesis represents a fascinating chapter in the development of Mishaped Pearls. Their unique combination of indie/rock/folk and classical influences has been enhanced by Diver’s contribution both as an instrumentalist, arranger and producer. Already fêted by such luminaries as Tom Robinson and Bob Harris, this CD will surely gave them a whole new following whilst more than satisfying their existing audience.

Produced by Gerry Diver. Released on 26th May 2014 by Misshapen Records. 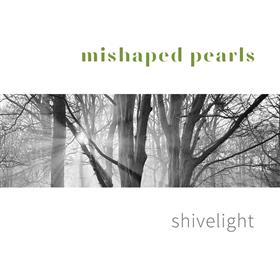