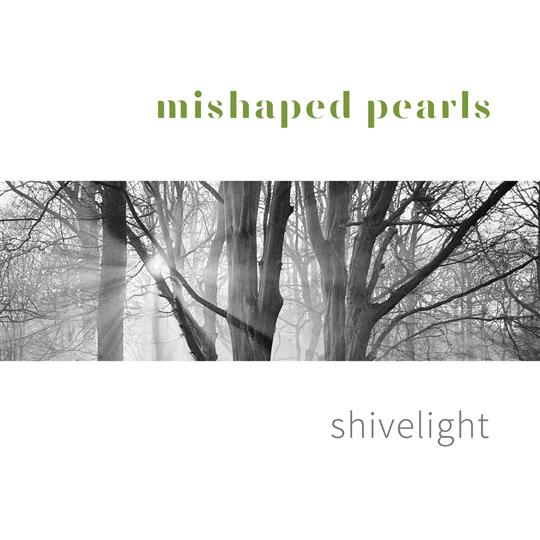 Shivelight’s name comes from a word invented by poet Gerard Manley Hopkins to describe sunlight poking through the bows of trees. On their third album, Mishaped Pearls take a similarly idiosyncratic approach to create something which sounds time-worn but is essentially their own.

First up is a foot-stomping version of The Cuckoo, taking after the versions of that song found in North America, banjo and all. Following on, there’s the album’s other traditional number, Queen May. A reworking of Down In Yon Forest, this is easily the album’s standout track. Melding gorgeous vocal harmonies, desert-blues style guitar and the sparsest of echoing drum-beats around gritty finger-picked acoustic guitar (to name just a few layers of the track), bandleader and producer Ged Flood constructs an eerie, and enchanting, soundscape.

Flood shows similar flair on his own compositions, which make up the remainder of Shivelight. Three Cries is the deeply personal story of his mother’s imprisonment in Mountjoy prison, featuring terse, metronomic guitar set against discordant Turkish lute to intimate the no doubt terrifying experience.

This use of acoustic instruments in an atypical fashion and avoidance of folky tropes goes a long way towards making the album an engrossing listen. It seems far too rudimental to refer to Laurel S Pardue as the Pearls’ fiddle player, when much of her contribution is cleanly executed high notes floating above the rest of the band.

Similarly, Manuela Schuette’s lead vocals range in style from the softly intoned Jonny’s War to the quasi-operatic Jesus’ Crooked Shadow. She’s also capable of roughing it up, as shown in the bluesy bends on The Cuckoo.

On Shivelight, Mishaped Pearls have succeeded in combining a range of influences while creating a distinctive and original sound of their own. Call it new folk, call it what you want, but don’t call it cliched.

Released 25 May 2018 on Misshapen Records on CD and download. Mixed and produced by Ged Flood.