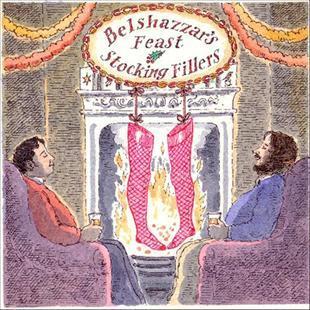 Belshazzar’s Feast (Paul Sartin and Paul Hutchinson), fine players of traditional music, word play, and the occasional self-penned tune, have made a new album of carols and other Christmas based music, Stocking Fillers.

Even before listening to the music, it’s worth taking a couple of minutes just to read the liner notes, which range from the witty (the naval gazing pun is particularly brilliant) to almost ridiculously insane. They also do a good job of lampshading the fact that there aren’t many happy songs, because happy songs are few and far between on a proper Christmas album.

Having said that, we are treated to a cheeky polka in Playford’s Christmas Ball and a tune which apparently is based on Greensleeves (though if you can recognise that you deserve a medal).

There’s also a nice fugue style arrangement of a tune composed by Hutchinson which does a nice job of convincing you that Belshazzar’s Feast have now become a Baroque Tribute band, with layer upon layer adding to such a feel.

Sartin’s voice is, as ever, delightful. Granted, it’s hard for someone who’s spent five years singing with a cathedral choir to not sound delightful, but it’s worth mentioning that his voice is an absolute joy to listen to.

And, as is required for a good voice to remain such while accompanied, the arrangements let the voice carry and stay out of the way, but they can start to sound a bit samey at times, with one of the duo holding a drone, and the other playing the tune, with a few exceptions.

The more miserable and dark carols (which Belshazzar’s Feast seem to favour quite considerably) only really work when they have a drone style accompaniment, which is what Belshazzar’s Feast give them. A bit more variety might make the album more entertaining, but the tunes do the work of breaking up the ’festive gloom’. 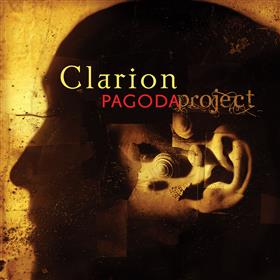