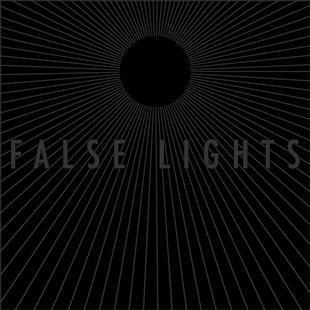 Anyone with more of a rock bent, looking for something a bit different, yet with a distinctly folk feel could do much worse than seek out False Lights - the four track EP which has emerged from the collaboration between top notch folksters Sam Carter and Jim Moray.

In the same way that Lemmy often introduces Motorhead with his “We are Motorhead and we play rock and roll”, the introduction to False Lights comes in a similar statement: “We play music. Loud electric folk music.”

All four tracks, arranged by Sam and Jim, are of traditional origin; the closing Crossing The Line being the last poem penned by Alfred Lord Tennyson and set to music by American old time fiddler Rani Arbo.

Opening track Skewball was recorded first by A.L.Lloyd in the early 1960s, and then again by Steeleye Span and Martin Carthy in the early 1970s. There are a few seconds of feedback before a distinctly rock backing kicks in and before long the insistent rhythm of Tom Moore’s fiddle starts to drive the track into a further frenzy. All due respect to Martin Carthy and Steeleye, but it’s a brilliant opening and a real blower away of cobwebs. The song takes you by the scruff of the neck and shakes vigorously. Three minutes in and you know that the ’electric folk music’ is no pretence.

After a whirlwind opening powered along by Carter’s broad tone, the middle pair of tracks provide more standard traditional folk fayre. Polly On The Shore, collected from George ’Pop’ Maynard in West Hoathly, Sussex in the 1950s, adds a few interesting sound effects amidst the steady tone set by the drum and guitar pattern, whilst The Maid Of Australia bounces along a little more jauntily with Nick Cooke’s melodeon driving the instrumental sections along. A song associated with Norfolk through both Harry Cox and Walter Pardon from whom it was collected, and Peter Bellamy who recorded the song in 1979, it’s one of those type of songs that Eliza Carthy interprets so well, yet in the hands of Sam and Jim the arrangement is pretty definitive.

Maybe saving the best till last, Crossing The Bar is a stately closing song to the short collection. With Jim Moray adding some organ, it’s almost hymnal until two minutes in, when the patter of Sam Nadel’s drums ups the ante and builds until Nick Malcolm’s brass projects the track into Bellowhead-like joie de vivre and a rousing and inspirational ending - totally stirring and uplifting. With its outer space-themed and ever so slightly psychedelic promo video, it’s a brilliant take on Tennyson’s iconic poem of death and its analogy with putting out to sea.

They say too much of a good thing leaves one wanting less. Maybe the initial False Lights recordings prove the reverse; as a taster for what’s to come at Folk East in August and for whetting the appetite for anything more to come from False Lights, it’s a mouth watering appetiser. Spread the word!

1. Skewball
2. Polly On The Shore
3. The Maid Of Australia
4. Crossing The Bar 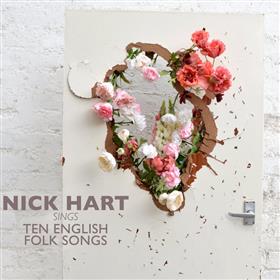