Ashley Hutchings - By Gloucester Docks I Sat Down & Wept 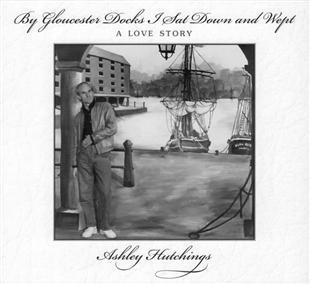 Ashley Hutchings’ By Gloucester Docks I Sat Down and Wept was originally recorded in 1987 and only a limited number of copies were produced. It has now been re-released to mark Ashley’s award of a Gold Badge by the EFDSS in December last year.

The list of musicians on the album reads like a who’s who of folk rock - Ashley is joined by Polly Bolton on lead vocals, Christine Collister, Pete Zorn, Phil Beer, Dave Mattacks and Steve Ashley, to name but a few. As well as the classic folk rock sound, you will also hear some country and jazz influences.

The album tells the unfolding story of a love affair. As a concept album, of course it works best when listened to as a whole, but the songs stand up in their own right. The haunting prologue, I Dreamed a Dream, sung by Christine Collister, is followed by Ring on Her Finger which certainly fits into this category.

The songs are often linked by the spoken word (either poetry or prose) to move the story along. The spoken section in Dancing Under the Rose tells of how fragile a seemingly strong and well founded relationship can be. The spoken tracks, in particular Ten Reasons Why They Should be Together and A Letter, while not standalone tracks really grab the listener’s attention, and express the emotional turmoil so well, you won’t know whose side to take.

The music is beautifully balanced with I Don’t Go Dancing Anymore towards the end of the album echoing the couple’s first meeting at a dance, and the instrumental epilogue Died for Love ending the story as poignantly as it began.

The majority of the songs are written by Ashley Hutchings, but he also includes some traditional material and poetry in the shape ofT Stands for Thomas whose tune can be heard under Shakespeare’s Westonbirt Sonnet, and the tune for Dives and Lazarus which is used under the spoken track My Dear Friend.

Folk concept albums are few and far between. Successful ones even more so, but this is definitely one of those. It will be a bit of a nostalgia trip for those of a certain age, and a chance to delve into folk rock history for those who are newer to the scene.

Re-released on Talking Elephant Records, November 2013 (originally released in 1987 on the Paradise and Thorns Label)

1. Prologue
2. Ring on Her Finger
3. Dancing Under the Rose
4. What! Must I Now Make an Enemy/Under the Rose
5. Keep You Warm
6. Ten Reasons Why They Should Be Together
7. At The Women’s Institute Dance/Flower Arranging
8. We Walked in God’s Country
9. A Letter/Small Town Romance
10. Don’t Look Back
11. In the Café
12. Brief Encounter
13. Westonbirt Sonnet/T Stands for Thomas
14. My Dearest/To Ireland I Made My Way
15. Lies
16. My Dear Friend/Dives and Lazarus - The Blacksmith
17. I Don’t Go Dancing Anymore
18. Love, Stuff and Nonsense
19. Epilogue - Died for Love 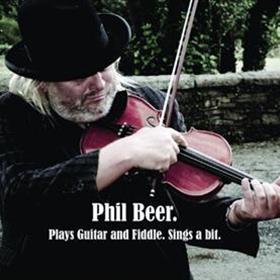