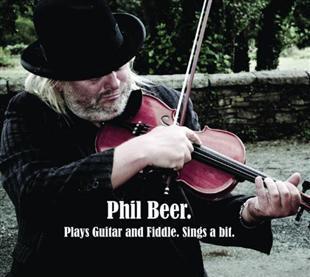 Plays Guitar and Fiddle. Sings a Bit is an understatement. Just a bit. Plays guitar and fiddle masterfully, sings up a storm perhaps? The album is comprised of fourteen live performances, and is a testament to Phil Beer’s lifetime in the world of folk music, traditional and contemporary.

The album contains a selection of his best-loved songs recorded over the last three years from his many solo gigs. This is folk music at its best, straightforward and coming from the heart to the heart.

The opening track, The Weathercock, is a beautiful song from Jethro Tull. Phil plays and sings effortlessly. It’s a song you could listen to over and over again, he performs with such unaffected ease.

Phil invites his listeners into the world of each song. One of the best songs, The Blind Fiddler, uses his colourful and intense fiddle-playing to bring emotion to the song’s story of the life struggles of its title character.

There are modern folk songs, traditional tunes, and songs from different stages in Phil’s life as a musician. He sings a Steve Ashley song, Fire and Wine, which takes him back to a time when he lived in Cheltenham in the 1970s and drove Steve Ashley to many of his gigs. The Harvest Song by Cathy LeSurf is linked with a production of Lark Rise to Candleford at the Leicester Haymarket when he was a member of the Albion Band.

Blind Willy Johnson’s I Cannot Keep From Cryin’ Sometimes is a song that was a key influence on Phil with its folk blues guitar style. The 1960s album Folk Blues and Beyond remains one of Phil’s touchstones, ’the album we learned to play guitar by’.

There’s a set of tunes including Bob Dylan’s Old Riley. Another American influence, Jackson Browne, figures with the inclusion of The Rebel Jesus. From California to the South, and from Jesus to the devil (though location-wise that may be the wrong way around!), with Steve Earle’s irresistible sing-along The Devil’s Right Hand. Tommy is an emotional song by bluesman, Kelly Joe Phelps. There is also a waltz-timed version of Reg Meuross’ Birmingham Hotel.

Intermixed with these are some familiar folk songs such as Mary from Dungloe, a Johnny Coppin song; and Pleasant and Delightful, a song Phil says he is reclaiming ’from the people who take the piss with stupid noises’. It’s a song he associates with the 2009 Tall Ships races since it came to mind when he was in search of a song at 2am.

Phil sings The Warlike Lads of Russia with vigour, a different version from Nic Jones’ and equally compelling. On the sleeve notes he mentions that he still treasures the notes that Nic Jones gave him of this song many years ago.

The album finishes with one of Phil’s favourites, Lowell George’s Willin’ which is a regular last number at his gigs. ’Perhaps the greatest road song of all’, it’s a fitting end to this record of time spent on the road, and a song which he has performed with Little Feat as well as many others, including John Jones (of Oysterband) and the Reluctant Ramblers during their Spine of England walking tour in Low Bradfield in 2012.

If you’re looking for a night out but you have plans to spend the night in, then this is great to listen to. You can have the full experience of a Phil Beer gig in your own front room. 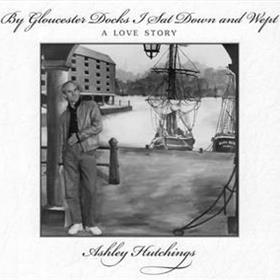