Bella Hardy - In The Shadow Of Mountains 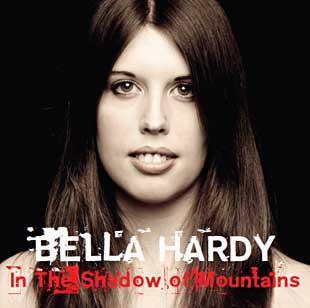 ’Night Visiting’ was, for me, one of the best albums of 2007, and it seemed to bring Bella Hardy more to the attention of the mainstream media. Certainly, 2008 was an eventful year with Bella starring at the first BBC Folk Prom, and then appearing again on our TV screens over the Christmas period as part of a documentary on the carol. So ’In The Shadow of Mountains’ has something to live up to.

Having had the CD for a couple of weeks, one thing that strikes me is that the early tracks are not as immediate as on its predecessor. As with ’Night Visiting’, the album is a mixture of traditional and self-penned tunes, though it is perhaps a sign of growing confidence that this time the split between the two is almost equal. And as with her debut, Bella opens this album with one of her own songs. Unfortunately, ’Mary Mean’ is the weakest of the self-penned tracks on the album, and even after multiple listens, it’s not a song that has really grabbed me.

The traditional ’Rosebud in June’ then follows, and to be fair I cannot fault the singing or the musical arrangement. Indeed, the problem may be purely personal to me but it is that it is so beautifully sung that it makes some of the lyrics (“When we have sheared our jolly jolly sheep, what joys could be greater than to talk of their increase?”) jar.

For me, the album really starts to come alive with fourth track ’Smoke & Ashes’, Bella’s tale of the devastation wrought on farming by foot and mouth, and the next track ’Sylvie Sovay’, which is her take on the old favourite Sovay. Reworked as a modern tale as opposed to the old highwayman story, it is possibly the high point of the album.

The album then turns back to the traditional. ’Low Down In The Broom’ beautifully evokes an air of foreboding and melancholy, which is echoed in Bella’s vocals. Indeed, the melancholic tone is continued into the song of parting, ’Ten Thousand Miles’, before moving onto a cheerier, more upbeat note with ’Cruel Mother’, a tale of multiple infanticide. Joking aside, throughout all three the arrangements are stripped back, providing perfect accompaniment, and allowing Bella’s voice to shine through.

The next traditional number, the carol ’All In The Morning’, is sung a cappella by Bella and family and, atheist that I am, I still have to say that if ’Sylvie Sovay’ is the best song on the album, then this track probably provides the most beautiful sound. It is just gorgeous.
The album closes with two self-penned tracks, the instrumental ’Island Boy’ and the touching “The Trawlerman’s Wife”.

So, while I do think the album gets off to a slow start, there’s no doubting it recovers strongly. Bella’s voice is possibly even better than on Night Visiting, and the arrangements provide ideal support. ’Mountains’ is a successful follow-up to her stunning debut and further evidence of the ability of one of folk’s newer stars.

Due to be released by Noe records in summer 2009. Although launched at the Cambridge Folk Festival on 1 August, it’s officially released on 31 August 2009. 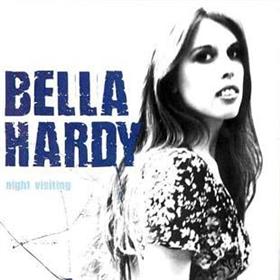