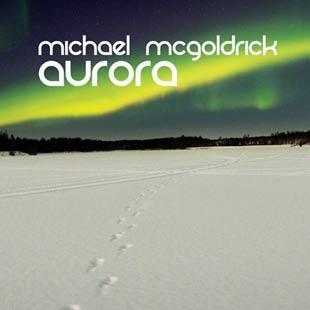 A polished and finely textured album from Michael McGoldrick. This is traditional music but very successfully blended with many other musical styles.

McGoldrick’s great skill on flute and uillean pipes leads, but never overwhelms, a gathering of excellent musicians. An impressive line up of guests work together with great flair. The playing on all tracks is relaxed and apparently effortless with the feeling that everyone is thoroughly enjoying themselves.

The music certainly repays careful listening and the use of a decent set of headphones helped me realise just how carefully woven the fabric of these tunes has been done.

There are twelve tracks on the album, most are written by McGoldrick. Many are grouped as expected into sets of jigs or reels but he has moved them a long way from their rural Celtic roots. Now with a smoother, slick urban feel many tunes have a jazz feel or an insistent funk rhythm. An excellent fusion of global music with traditional Irish.

For example, plenty of brass on ’Free Falling Reels’ bring a full well mixed sound. A measure of the man here, he claims to have written these while bungee jumping! Anyone who can write music like this plunging into an abyss tied to elastic has to be pretty remarkable.

Track two, ’Late Nights at the Central’, is a set of jigs. The first is soft and easy with a late night feel to suit the title. Starting with flute and guitar then bass and piano - it’s a full and polished sound. The second jig is a rich weaving of instruments including bodhran.

The tracks have a nice range of feeling within the sets. ’Annam Cara’ and ’Ships in the Night’ starts with softly lyrical flute and guitar, while the second has lots of brass. Less ships in the night than neon lit motorway!

There is only one song on the album and I wonder if one or two more would have been a better balance. A good song though, written by Louisiana musician Dirk Powell, the tune is nothing out of the ordinary but the lyrics are subtle and excellent.

This is a very good piece of music making and a credit to all concerned. To hear the intricate rhythm of tabla pattering away amidst the ebb and flow of guitars and drums in ’Ships in the Night’ or the jazz feel of a very laid back whale in ’Jonah’s Crossing’ with the superb playing of McGoldrick’s uillean pipes or flute is a real joy. An album to listen to many times and always find something new.

Released by Vertical Records on 1 March 2010.