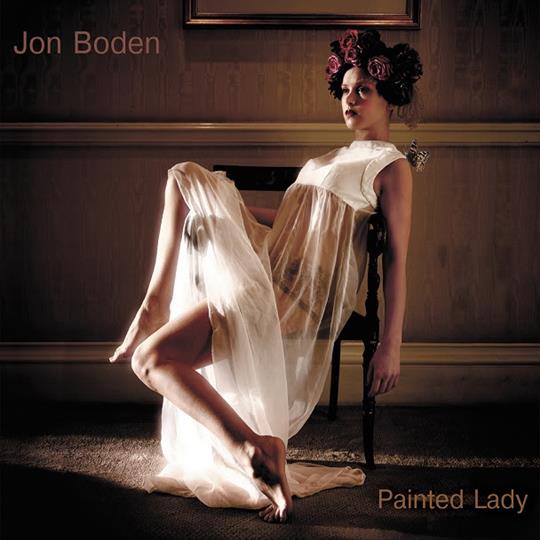 To mark the 10th anniversary of its original release, Navigator Records have re-released Jon Boden’s first solo album with some bonus tracks and the option of a vinyl version.

Painted Lady is a solo album in the truest sense of the word. Jon Boden shows his versatility by playing a dazzling array of instruments, from guitars to double bass, concertina to Indian harmonium, in unexpected combinations. Don’t expect something that sounds like a one-man version of Bellowhead. Painted Lady may explore themes common in the folk canon, but not in traditional arrangements.

The songs are all original (apart from one of the bonus tracks). Most of the tunes are Boden compositions too, the only exceptions being Ophelia, which has a tune written by one-time duo-partner and fellow Bellowhead member John Spiers, and Drinking the Night Away which has a traditional Cajun tune. The style can range from pop to prog to soulful to rocky with occasional nods to traditional idioms in the lyrics and some of the instruments used.

The album opens with Get a Little Something, playing on the name Sall(e)y which refers to the name of the gardens and the girl the singer is meeting there - hinting at the Irish song “Down by the Salley Gardens”. Distorted guitar effects appear here for the first time and re-appear throughout the album. The distorted effect is also used in Pocketful of Mud, where the song sounds like it is coming out of a badly tuned radio.

A rather unexpected instrument which appears on a couple of tracks is the Moog, heard on Drunken Princess and Win Some Lose Some Sally, in both cases teamed with double bass and electric guitar to produce some interesting contrasts in texture.

Some songs stand out because of their much simpler, stripped-down arrangement, in particular True Love, accompanied by acoustic guitar to begin with. A rather beautiful string arrangement joins in without overpowering the song. Broken Things has an even simpler arrangement, with just the concertina as accompaniment, which means the listener can concentrate on the rather clever lyrics.

The title track comes towards the end of the album, using electric piano and electric guitar which somehow manage to sound like a glass harmonica at times.

The bonus tracks fit in well with the style of the album, All Hang Down using distorted vocals and Old Brown’s Daughter carrying on the love and lust theme in a delightful song. The surprise perhaps is the cover of I Want to Dance with Somebody, which begins with clocks striking, echoing the opening line. It may take you a while to recognise the song!

This album may be ten years old but sounds as fresh and exciting as when it was first released, and is an albums that will stand repeated plays.