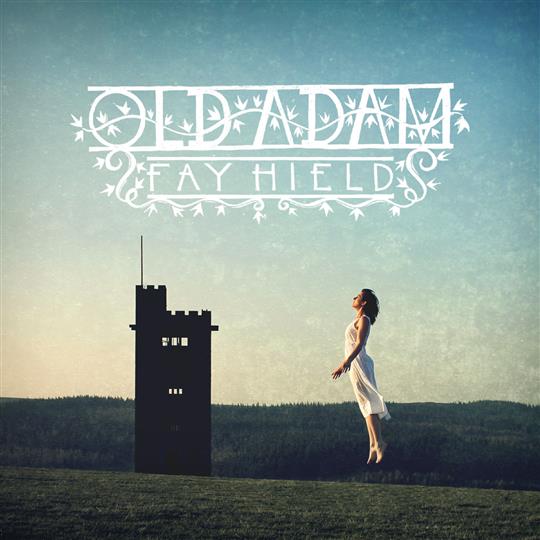 It’s a little under four years since Fay Hield released her last solo album, Orfeo. Since then she has been busy with The Full English project which, rightly, won a brace of statuettes at the 2014 BBC Radio 2 Folk Awards. Now she’s back with a third solo album, Old Adam. It represents a considerable advance on her previous work.

For Old Adam, Hield has expanded the Hurricane Party to include percussionist Toby Kearney (The Emily Portman band) and bass player Ben Nicholls (Kings of the South Seas). These musicians together with Sam Sweeney, Rob Harbron and Roger Wilson (plus guests Jon Boden and Martin Simpson) create sounds and textures that, whilst being full of interest, are always at the service of Hield’s vocals.

This change in sound is apparent from the first track, Green Gravel. With drums and bass to the fore the song, text taken from Alice Gomm’s ’Traditional Games of England, Scotland and Ireland’ with music by Hield, it is a strong opening number full of rhythm and life.
As Hield’s excellent liner notes tell us, this album is made up of stories. You won’t find any insipid love songs here, these pieces explore what it is to be human.

Old Adam, says Hield, is where it all begins. Her version of the traditional song, set to music by Boden, uses as a chorus words attributed to the preacher John Ball, ’When Adam delved and Eve span, who was then the gentleman?’ This lends the song a political edge not in the original text and is the perfect illustration of the way Hield makes a song all her own.

The album has its lighter moments. The cautionary tale of the Hornet and the Beetle is set to an original Morris tune whilst the nursery rhyme Katie Catch, a homely song that celebrates the quotidian, has an earworm of a chorus.

One of the constants of Fay Hield’s solo recordings has been the fiddle playing of Sam Sweeney. Although a mighty presence on all tracks here, he comes to the fore on the epic Jack Orion. Sweeney’s propulsive violin carries this classic tale of beguilement and deception and turns it into one of the highlights of the album.

Hield is not averse to including modern material as well as folk song. Her version of Tom Waits’ The Briar and the Rose has been in her live set for sometime now. The piece, which riffs on traditional themes, fits Hield’s voice to a tee and is exquisitely sung. It’s a fitting song with which to end the album (save for a beautifully played instrumental reprise of Old Adam).

Whether she is singing about Queen Eleanor’s Confession or a Hag in a Beck, Fay Hield’s love for these songs shines through. This finely crafted collection is sure to win her many new fans and is the first great record of 2016.