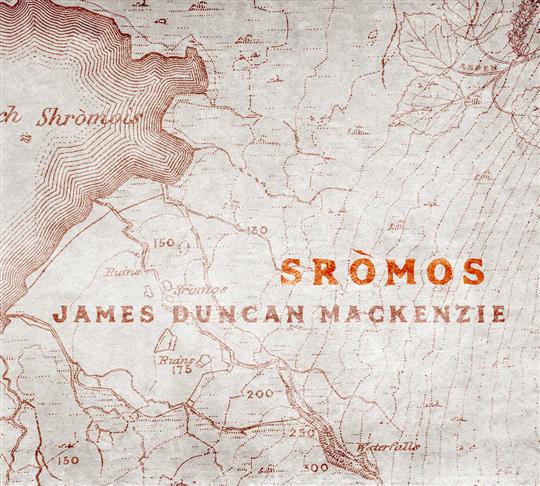 Sromos, James Duncan Mackenzie’s second solo album, takes its name from an abandoned village on his native Lewis that fell victim to the land clearances of the early 19th century. Inspired by the history and landscape of the Hebridean island, the album consists of all-instrumental, all-original material by the Breabach piper and flautist.

Despite many of the tunes on Sromos being named after unpleasant episodes, the default mood is far from sombre. With an engine room of producer John Lowrie on electric piano and drums and James Lindsay on bass guitar, the hip hop groove of Tormod bounces along with panache, while the mid-set gear shifts in tempo and metre seen on multiple tracks are easily taken in the band’s stride.

Being the writer of the tunes that comprise Sromos, Mackenzie of course has the advantage of being fully attuned to their nuances when it comes to performing them. On Lazy Beds, the off-beats are given just enough weight for a textbook lilting jig, while Leverhulme sees him gently teasing the notes from his flute.

Peeling back the layers though, what’s striking is that plenty of Mackenzie’s tunes are distinctive enough to stick in the memory, while having enough of the recognisable figures characteristic of traditional Scottish tunes to be accessible to aficionados of the style. The likes of The Ballalan Raiders and Tribute To Norman are such barnstorming numbers that they’re practically begging to become fixtures on the session scene.

Though it pays respect to island days long past, Sromos is both modern-sounding and expansive in tone, with a good deal of both technical ability and musicality displayed by all involved. As such, it’s as good an example as any of the many exciting things happening on the Scottish trad scene right now.