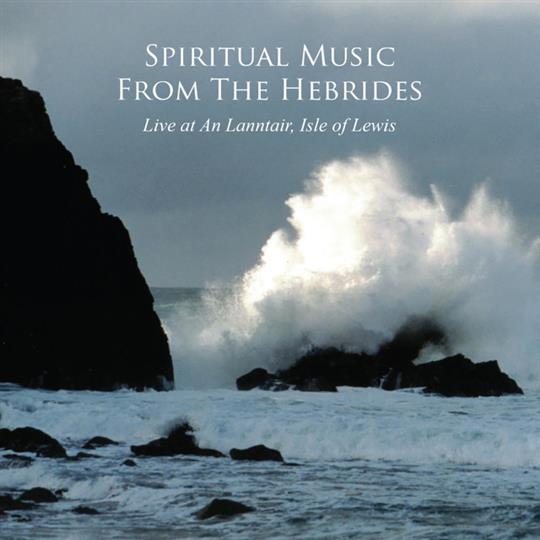 This live album recorded one night at An Lanntarr on the Isle of Lewis, is a record of a unique gathering. Musicians from both the classical and traditional idioms joined forces with psalm singers and precentors from the islands of Lewis and Harris to present an evening of spiritual music.

Spiritual Music of the Hebrides makes no concessions to the non-Gaelic-speaking listener. Track titles are in Gaelic only and no translations of the texts are provided. A judicious use of Google Translate can help with the titles but the listener does not need to know any language to be moved by the music on offer here.

Although all the music is, as you would expect, of a contemplative nature, there’s a wide variety of styles represented in the twelve tracks of this album.

Opening with an instrumental version of the song An Ribhinn Donn, the album showcases the musical talents of a disparate range of artists. The arrangements are simple. CJ Macdonald and Amy Mackey offer a spellbinding acapella An Gradh a Thug Thu Dhòmhsa. Whilst Emma Macleod sings Gràdh Dhè (God’s Love) with just a piano accompaniment.

The heart of the album is to be found in the four Gaelic Psalm hymns which are a strong part of the Presbyterian services on the two islands. In each of these pieces a precentor leads the singing of a choir. The effect is startling, it’s rough round the edges and very effective. These four hymns present a startling contrast with the calmness to be found on the rest of the CD.

Of course, the music on this album will not appeal to everyone. However, it can be recommended with confidence to listeners who wish to explore the spiritual side of the Gaelic tradition or to those who desire a little stillness in their lives.