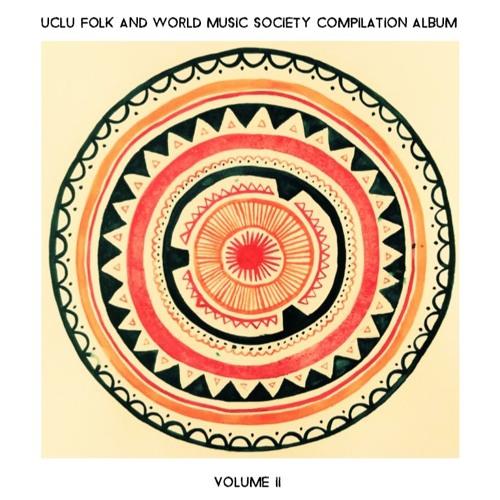 This is a collection of student recordings reflecting the activity of the University of Central London Union Folk and World Music Society over the past year or so. There’s a mixture of styles here ranging from the guitar-based singer-songwriter through to traditional folk song and stopping at various places in between.

Jimmy Grayburn, who formed the society in 2013, kicks off the album with his band The Medlars. His song, The Circle, talks about the camaraderie between folk session musicians. Grayburn has a pleasant voice and can certainly play the banjo. The song starts off strongly but, at six minutes, outstays its welcome.

The tradition of the young singer-songwriter is well represented on this album. Love is the common denominator that unites all four songs offered here. The best of these is probably Logic by Amy Kirkland-Smith. She has an ethereal quality to her voice which is a good match for the song’s subject matter.

Latin American rhythms and influences can be seem in both Claudia Vega’s song Montezuma and the jazz-tinged Yam by the wonderfully named Blue Cheese. Central to both pieces is the Charango, a lute-like instrument popular in the Andean regions of South America. Ably played by Clémence Robert, it comes into its own on Yam which combines it with snare-drum and cello to good effect.

There are three traditional tracks on the album. The duo Slimmer Picking offer a characterful version of Acre of Land whilst Hanna Donelon’s singing of the Rocks of Bawn is characterful and direct.

The album closes on a lively note with Napoleon’s Pullet, a set of three traditional tunes arranged by the UCLU Ceilidh Band.

Sometimes it’s good to be reminded that, away from the arts centre circuit, there are many unheralded young musicians playing and making music for the sheer joy of it. They are the backbone of our musical traditions - long may they continue to be so.