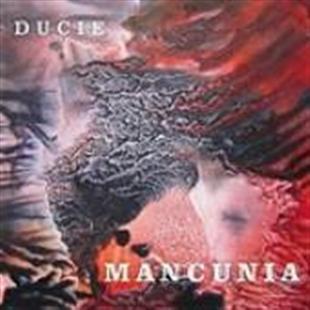 Inspired by their work together with the Future Trad Collective, Andy Dinan and Ian Fletcher here lead a similar band, whose aim - to be “a little bit more traditional” than FTC - certainly hasn’t dimmed their ambitions of creating grandiose, complex pieces of music.

They are joined in Ducie (an old Mancunian word, hence the album’s title) by Richard Silwa and Jon Thorne, better known for their work in rock and electronic music. It makes for an intriguing proposition.

Solstice and Sunset Barmaid are the album’s first lengthy pieces, at seven minutes-plus, and they really allow the band to get into their stride. Dizzying violin and guitar play around a variety of salsa, reggae and trip-hop beats, with Silwa’s bass adding a booming pulse. It’s intense, complex listening - though for a track so full of invention it is a little disappointing that Solstice simply fades out.

The group blend modern elements with the tradition expertly. The ghostly Song of the Strings wisely puts the violin centre stage, but some subtle electronic accompaniments give the Donegal air a fresh lease of life. Similarly, some synthetic slurs give the whirling reels that comprise Boudicca’s Set an interesting new context. And Grianán Bear It blends reggae with Irish jig as if it had always been done that way.

The album ends with Slowlife, in which the frantic pace relents - as you might expect - and Mumbai Highway, which has a strong Indian feel to it - as you might expect. But that’s about all that’s predictable about the tunes. Slowlife evokes a woozy, drunken feeling, before the quick-fire percussion and guitar work of the final track.

Mancunia is dense and intense, full of clever moments that reveal themselves only with repeated listening. The musicianship is hard to fault, and it’s also a slick and cleanly produced record: indeed, some will find it a little airless. But for those who like their folk inventive, progressive and percussive, there is much to digest here.