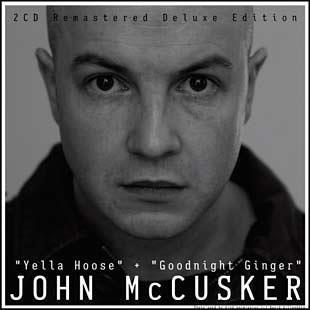 Following going to see ’Under one Sky’ I thought I’d better get acquainted with John McCusker’s back catalogue and obtained ’Yella House’ and ’Goodnight Ginger’. I was aware of John through his association with Kate Rusby and latterly due to Drever, McCusker Woomble and ’Under One Sky’. He formed his first band whilst at High School, and then joined the Battlefield band at the tender age of 17, remaining with them for 11 years and 7 albums.

John’s second solo album ’Yella Hoose’ was released in 2000 and followed by ’Goodnight Ginger’ released in 2003. With both albums McCusker has managed to surround himself with some of the most talented musicians around. Andy Cutting, Andy Seward, Ian Carr and Michael McGoldrick to name but a few.

The tunes, mainly self penned vary between reels and airs on both albums. Many of them written for friends and family, but also a biscuit factory, a deli, even an orangutan. You get the impression that what matters to McCusker gets put into his music. Even thought the majority of the tunes are new on both CDs McCusker has managed to give them a traditional feel.

On Yella Hoose, my favourite track is ’Wee Michaels’s March’ written for one of his nephews which strangely enough is featured in the performance of ’Under One Sky’.

Of the two ’Goodnight Ginger’ is my favourite CD of the two. McCusker seems to have moved slightly away from the more traditional feel of Yella Hoose. It is difficult to single out favorites on this CD as they are all wonderful but ’A mile down the road’ has to be one, written for Tunnock’s caramel wafer factory. I’m not a Kate Rusby fan but the only song on the CD is ’The bold privateer’ is hauntingly beautiful, and features a new tune from Phil Cunningham, is another favourite.

Compilation released by Navigator on 4 August 2008. 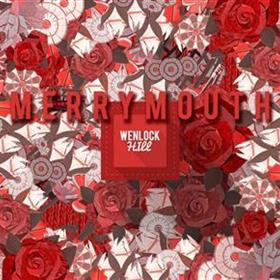