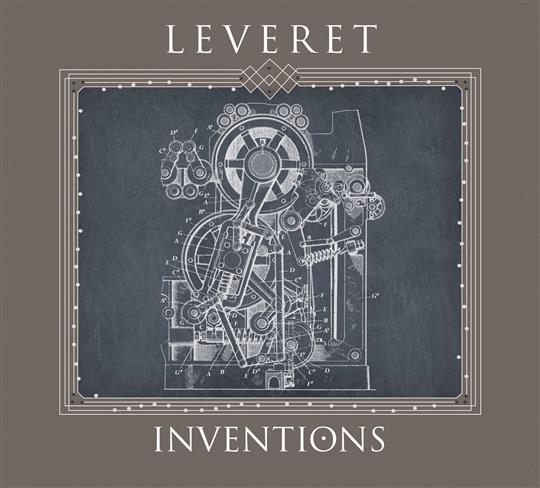 The trio of Andy Cutting, Rob Harbron and Sam Sweeney join forces once more to head out on another folky thrill ride that takes the form of Leveret.

On Inventions, Leveret revive the formula of their previous album In The Round, by recording live. The new record, comes by contrast not in the atmospheric and hallowed surroundings of St Martin’s Church, Stoney Middleton but in the technologically advanced, yet equally distinctive, Real World Studios.

Over three albums now, their speciality in the ’arrangement’ of ’no arrangement’ has really hit its stride. It may have taken some listeners a while to fathom and appreciate this mode of creativity, yet Leveret are a trio whose synergy offers a spontaneity where recorded versions may only be the start of an exploration rather than the definitive reading of a tune.

Like Pete Townsend’s Tommy, they play by intuition, following where one or other takes the tune; a telepathy that results in an element of stately majesty and moments of spontaneous magic.

If you’re a fellow musician, marvel at their proficiency. If not, simply sit back and enjoy a set with dedications to and inspired by the likes of (Sam Sweeney’s) Sidney Forlong, Grenville Morris (not to be confused with the Nottingham Forest footballer) and (Andy Cutting’s) Lola Flexen.

They offer a shift to the slightly bizarre with sheepdogs, the brakes on Martin Green’s car and Andy Cutting’s latest potato ricer, the latter on the delightful Ricer II.

A more daunting and ominous feel arises in Harbron’s Robber’s Road while Cutting’s Lola Flexen is a more relaxing and reflective piece. Who knows where the muse may strike but it results in the sheer pleasure of taking in the gentle rolls, the rhythms and sways and the calm twists and turns.

The perfect example comes with Sam Sweeney taking the lead on Byron’s - an exquisite sprightly piece that evolves into Lady Grey and Brakes and suddenly almost eight minutes have passed.

At one point (listen in around four minutes) you can almost anticipate where an appearance by the Bellowhead brass section would fit in. It typifies the effortless transitions between tunes - look and listen hard and you may spot the joins but it’s unlikely.

Leveret may have evolved into the folk equivalent of progressive rock - combining the values of technical ability and outstanding musicianship and the key trait of never anticipating what’s going to come next.

Inventions is exactly that. A mesmerising record by three conventional-looking folk wizards continuing their journey of discovery.