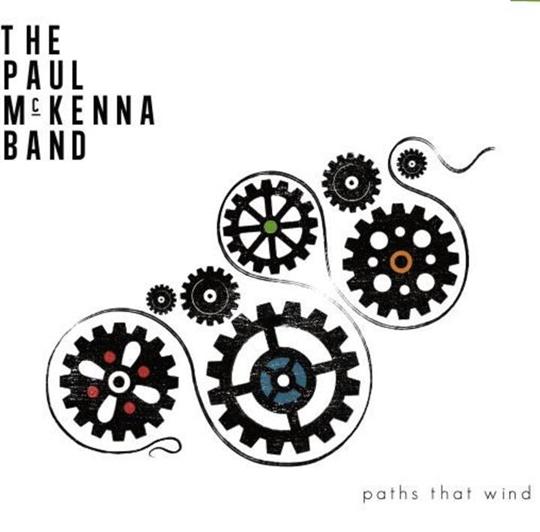 Now celebrating their tenth anniversary, The Paul McKenna Band release their fourth album and continue to cement their reputation as one of Scotland’s premier folk bands. Indeed, “the best folk band to come out of Scotland in the last twenty years,” as the New York Times would have it.

Although no-one would claim they offer a wholesale re-invention of Scottish folk music there is, nevertheless, a fresh and contemporary feel to the band’s sound. Guitar, bouzouki, fiddle, flute and whistles combine to produce a sound that’s accessible, interesting and highly listenable.

This is in no small part assisted by McKenna’s warm and engaging vocals which add a depth and sincerity to the material. As well as regular band members, Paul McKenna, Sean Gray, Ewan Baird and Conor Markey there are also guest slots from a number of notable musicians on the Scottish music scene, like John McCusker (who also produces the album), Rod Patterson, Mike Vass and James Lindsay.

The album comprises eight songs and two tunes, combining original material with some traditional songs as well as some well-chosen covers. Of the self-penned material, highlights include opening track Long Days, which reflects on the age old theme of homesickness: “the grass is always green until we tried to walk it” and here we have some lovely guitar and mandolin that complements McKenna’s lyrics perfectly.

As well as some highly personal lyrics, the band are not afraid to tackle controversial themes either: The Dream is a song written by McKenna about Freddie Gray who died at the hands of the Baltimore Police at the time the band were based in the USA. It’s a thoughtful song reflecting on a brutal episode and evoking the spirit of Martin Luther King: “What happened to the dream, we shall overcome, and walk hand in hand together to the setting of the sun.” Beautiful music, powerful lyrics and warm and very human vocals make this a definite stand-out on the album.

Of the non-original material noteworthy tracks include a lovely version of the traditional Irish song, The Banks of The Moy as well as a heartfelt cover of Peggy Seeger’s anti-fascist anthem, Song of Choice.

Paths That Wind is a strong album that will help consolidate The Paul McKenna Band’s fan-base and, hopefully, win them many new ones. Engaging vocals, thoughtful songs and high standards of musicianship make this an album to be highly recommended.