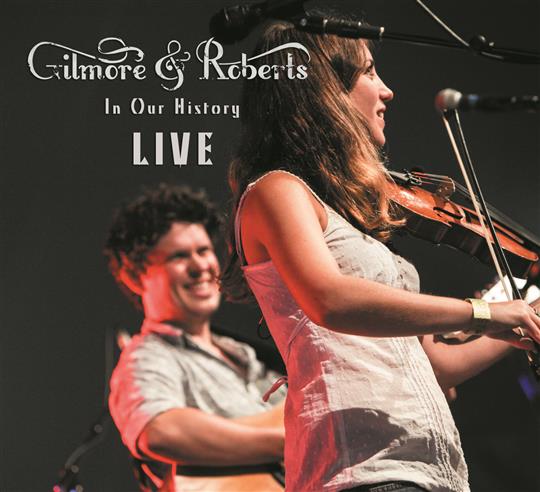 Live albums are a hard beast to get right. It’s fair enough that Gilmore & Roberts have left it 10 years to make one, then. They’ve got all the features which are required, though. In Our History LIVE is, clearly, a perfect representation. Not a big, drum-and-bass supplemented gig, but the pure duo, entrancing the audience quietly.

If there is one track which sums up the advantages of a live album, it’s Selfish Man. Audience participation is, surely, one thing which can only happen on live concert recordings, but they really cheer up a track, fulfilling one of the most exciting parts of going to see music. It allows the song to go on for a minute and a half longer than the studio arrangement released last year. It would sound pretentiously slow building without the clear bliss the audience are in.

The next track, All I’ve Known, shows why this album doesn’t need the drum or bass - Roberts’ guitar is thumping, utilising an octave pedal which lets your ears’ whole frequency spectrum be satisfied. With the addition of Gilmore’s constant and steady kickbox, this type of song really triumphs on this album, tying in with the percussive techniques used by both players.

The instrumental and vocal talents of the duo are really highlighted in Cecilia - although both are singing and playing strummed instruments. The mandolin is allowed to flourish with a high, swung solo which really plays to the instrument’s strengths, while the harmonies which begin later are moving and unpredictable.

Despite being a live album, it is not dominated by chat between the tracks - a disappointment to some, but it can be off-putting, so this is a safer decision. All the tracks featured have been on previous albums, so there is little which needs explaining.

In Our History is not there to shock. It’s instead a way to take home exactly what you hear at a Gilmore & Roberts concert. It’s clear why their shows have excited so many people for so long.

Recorded live on tour, spring 2016.
Mixed by Jamie Roberts.
Mastered by Andy Seward.
Released as a limited edition through the band’s website on 1 November 2016.