The Dovetail Trio - Wing Of Evening 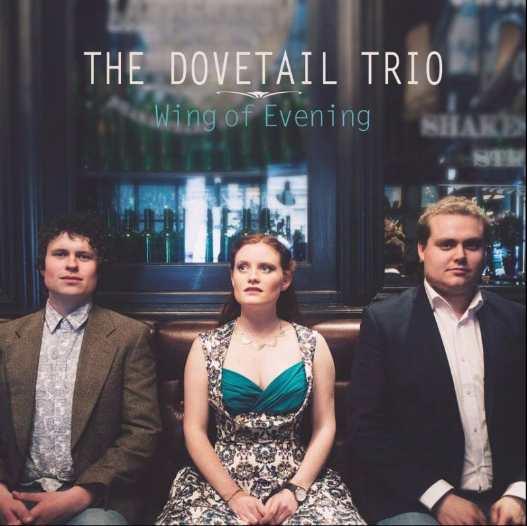 If folk credentials are a sign of a great act then The Dovetail Trio are right up there with the best. Featuring three of the brightest young talents the British Isles has to offer, they can count at least one Radio 2 Folk Awards nomination, a current BBC performing arts fellow and countless tours with the great and good of the folk scene between them.

After popping up here and there on the live circuit over the last couple of years they’re now ready to show off the fruits of their recorded labour for all to hear. Focussing predominantly on fresh interpretations of traditional songs the trio have applied some skilful arrangement to already well-loved compositions whilst adding a smattering of self-penned tunes and lyrics along the way.

After a fairly inauspicious opening with Greenland the trio start to find a level of coherency and fluidity that really bears fruit on the glorious Banks On Mossing. The tune is an absolute triumph of three-part harmonies and vocal workouts that demands your attention from the very first note. It’s from this point onwards that the album opens up and shows The Dovetail Trio for the frighteningly accomplished musicians that they are.

The Lady & The Soldier (aka The Bold Grenadier) manages to convey a sense of delicacy and intensity that has not run through said tune for many a year, while The Rose Of York maintains a tingling sense of foreboding throughout a classic Yorkshire regimental tale. Right up until the final jollification of Two Magicians rings out, Wing Of Evening is an album that grows into itself with ease and leaves a lasting memory of genuine quality.

It’s perhaps fitting that the shakier moments of the record appear at the start of the album as this an album that continually develops, and its been recorded by a collective that are continually developing. If they continue at this rate it won’t just be nominations that they’re picking up at future awards ceremonies!