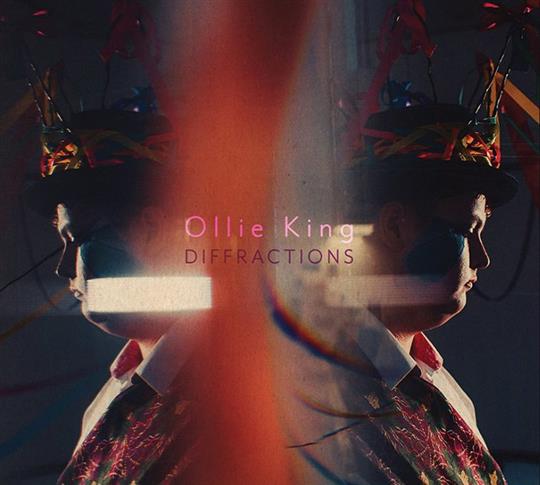 Since the release of debut album Gambit in 2014, Ollie King has cemented his position as a leading young melodeon talent. Three years on, and Diffractions sees him return with a varied selection of songs and tunes ’diffracted’ through his very English musical sensibility.

A case in point is Hornpipes, a pair of tunes so bouncy they could be mounted on springs. It’s only when checking the sleeve notes that it becomes clear that these sprightly dance numbers are in fact borrowed from the baroque composers Handel and Purcell.

Similarly, Austria/Thaxted brings together the tune of the German national anthem and I Vow To Thee My Country under their original names in an arrangement that flows across the bellows so smoothly it’s hard to believe they weren’t originally composed on melodeon. To dispel any doubts as to the subtext, the sleeve notes are at pains to point out that, rather than being a show of strident nationalism, the choice to include them on the album was born out of a sense of pan-European solidarity.

But Diffractions is far from a one-dimensional album of solo box playing. For a start, there’s King’s fine tenor voice, put to good use on Linden Lea, where the pensive lyrics are nicely complemented by trombone.

Al Simpson’s trombone playing crops up on the dreamy, electric guitar based arrangement of Sweet Lemeney, and on Winifer Odd, one of the more esoteric selections from the Lal Waterson songbook. But for all the exploration of different timbres throughout the album, there’s still a reminder of the capabilities of the melodeon on closing track The Long Day Closes, where King needs no assistance in performing the lush four part harmonies of this song composed originally for choir.

The overall impression from listening to Diffractions is that King is not just a melodeon player, but a highly able musician and arranger who mainly plays melodeon.