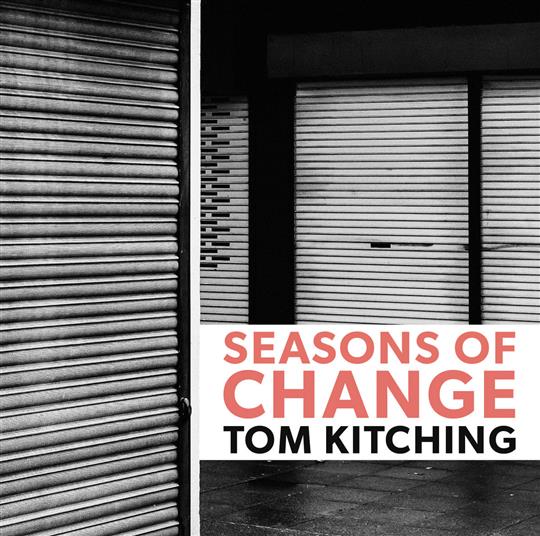 Musicians often talk about going on a journey in the course of completing an album. Fiddle player Tom Kitching can lay claim to having been on a literal journey before recording Seasons of Change, the companion CD to a book and podcast of the same name documenting his experiences of busking in towns and cities around England over the course of 18 months.

The album is not a literal attempt to portray the places visited on his travels, or the passing of the year as the title might suggest, so much as to share a selection of tunes that form part of Kitching’s busking repertoire, along with a few written along the way.

This broad remit has resulted in an album that is surprisingly cosmopolitan in its influences. Tunes by French and Belgian writers take their place alongside traditional English selections, with the accompaniment throughout provided by nordic mandola and cittern player Marit Falt.

Possibly one of the more underrated fiddle players working in English folk, Kitching strikes a healthy balance between vigour and technique in his playing. Opener Old Molly Oxford features the freewheeling style that followers of his work with Pilgrims’ Way will be familiar with, while elsewhere he puts the full range of the fiddle to good use, switching octaves for dramatic effect on Greensleeves Morris and Infinite Espresso.

Perhaps a result of playing the tunes day in day out while hoping to grab the attention of passers by, there’s a good deal of variation within each number, while not losing sight of the pulse or overall melodic thread. Kitching wrings the full melodic potential from multiple variations on the gorgeous Eglantine, while carrying off languid but precise slides on Bean Setting with panache.

Meanwhile Falt brings a great dynamic range to the arrangements, often starting from a low groove before letting rip as the track reaches its conclusion. She also shares the lead with Kitching on tunes such as Women and Wine, acting as the ideal accompanist and musical foil throughout.

While the book and podcast provide some context and abundant wry observations, Seasons of Change stands up musically by itself; not so much a concept or “project” album as an invigorating listen born out of equal doses of graft and craft.