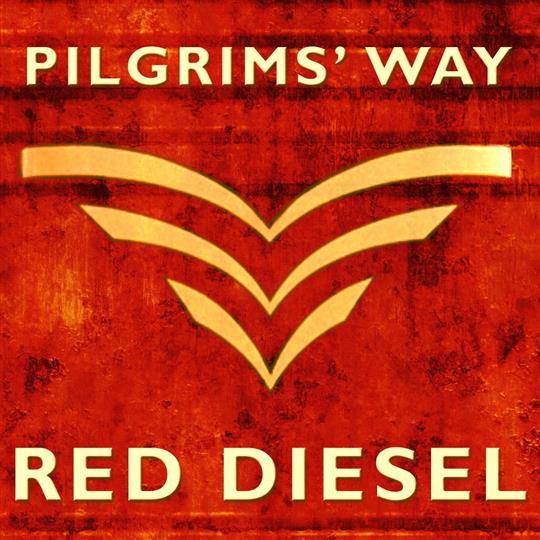 Five years since their debut album, Pilgrims’ Way are back. The half-decade break from recording sees them return with an additional member, Jon Loomes, and a new album, Red Diesel.

A glance at the 40-plus different instruments listed on the back cover suggests that this won’t just be a collection of 10 near-identical songs.

And so, while Howden Town begins with clean but meaty electric guitar and Tom Kitching’s forceful but melodic fiddling, a foreboding noise starts creeping in. Gradually, the (artfully) discordant stirrings of electric organ swell to a peak, creating an (intentionally) disconcerting effect along with some horror flick sound effects.

Meanwhile the combination of banjo, jews harp and fuzzed-up guitar on Six Dukes Went A Fishing transports the English murder ballad to the badlands of the Deep South. Similarly, Magic Christmas Tree (an Incredible String Band cover) combines gnomic lyrics, equally inscrutable chord progressions and a mix of mandola, clarinet and brass band, and manages to be strangely enchanting while doing so.

Red Diesel also contains plenty of the spirited and upbeat fare the band made their name with, such as The Rout Of The Blues and The Light Dragoon. On these, Kitching’s fiddle playing providing as much rhythmic lift and drive as Edwin Beasant’s strummed guitar, whilst remaining innately tuneful.

For a change of pace, there’s a (somewhat leftfield) slowed down minor key reworking of Paul Simon’s The Boy In The Bubble, which while not at fault in its execution seems to be slightly mismatched with the feel of the lyrics. And if Maybe Then I’ll Be a Rose verges on the plain melodramatic, the gently wistful True Lover John conveys amorous expectation and disappointment in a much more refined fashion.

Perhaps summing up Red Diesel in microcosm is the set of Mount Hills/Ride In The Creel. A straight-ahead and restrained rendering of the Playford Tune gives way to Lucy Wright’s vocals backed by mandolin and almost bafflingly quiet hurdy-gurdy. But as the tale of bed-hopping reaches it’s slapstick conclusion the track builds up to a raucous cacophony incorporating trombone and harmonica.

This energetic and open-minded approach to traditional English repertoire is not to be scoffed at. Hopefully the follow-up to this one is much less than five years away.