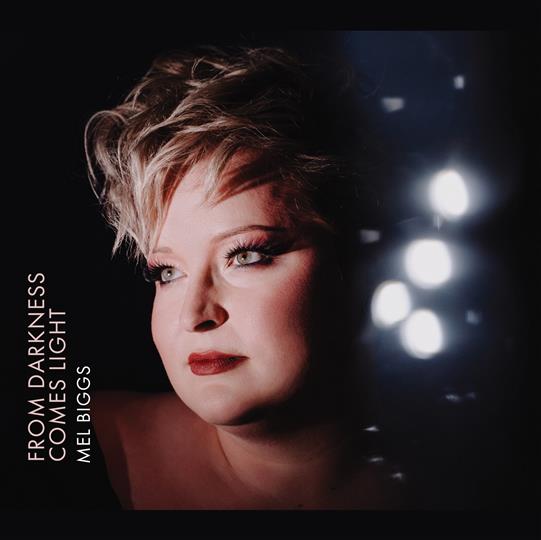 After three well received albums with Moirai and many hours spent contributing to people’s wellness via visual arts and music therapy, Mel Biggs, one of the best button accordionists of her generation, released her much anticipated first solo album From Darkness Comes Light. A collection of twelve tracks, all self-penned compositions except one medley, they describe the feelings, the rituals and the colours of the different periods of a year.

The fears and the difficulties of the future are represented in the opening track A New Day Dawns, a brief but evocative track that naturally fades into the upbeat Dream Big, possibly the track that best summarises the philosophy of this album with its mesmerising intensity. In the bright Shivelight in Spring, the cinematic Shimmer, picturing the beauty of England’s autumn skies, or in the ever-changing and more wintery Silver Linings she draws colourful pictures of the different seasons and their suggestions through the warm tones of her instrument.

Many of these tunes have been inspired by personal memories or experiences. Take for example Oppland Upland, conceived whilst looking down from a cabin home in the mountains of Norway, or Winter Weather Warning, a track that condenses the sublime enjoyment of experiencing a storm in the Malvern Hills in less than two minutes.

The dialogue between Biggs and the listener is emphasised by the fact it is often possible to hear the sound of her accordion’s air button, a little detail that enforces the sense of intimacy that oozes from the entire album.

Other highlights include Mounthills / Coleford Jig, the only traditional set on this album, and the final track Katy’s Theme, which has a very peculiar and surprising story. It is based on a tune that came to Biggs as a neatly formed and anonymous package. She has elaborated it over the years and assigned a special meaning to it, making her very personal anthem of self-identity out of it.

The often sparse arrangements for these compositions have been thoughtfully crafted to underline Biggs’ expressive playing and to demonstrate the potential of this instrument, sometimes with the skilful use of impressionistic passages, generally by Bridget Slater’s fiddle, in tracks such as Dream Big and Shimmer. Heartfelt, multi-faceted and highly personal, From Darkness Comes Light is a starting point for new musical adventures for this talented accordionist.

Released on CD and digitally on 1 October 2021. Recorded, mixed and mastered by Jon Loomes.