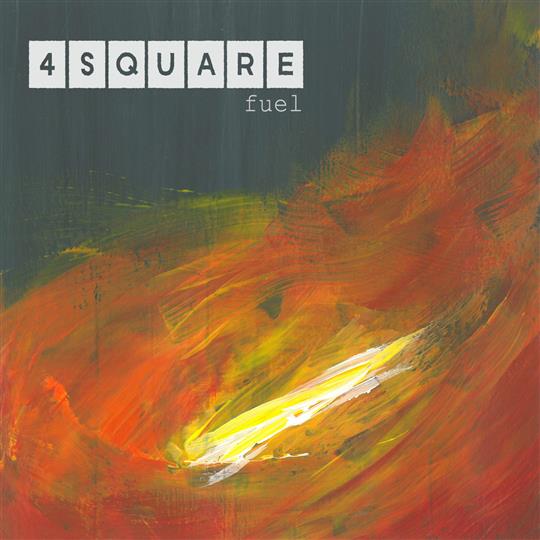 4Square are no longer newcomers to the folk scene, but with their fourth album Fuel, they are showing real signs of becoming a mature, established act. They have really mastered the possibilities of their slightly unusual mix of instruments - fiddle, mandolin, piano and percussion - to produce a very accomplished and exciting album.

They are equally at home on instrumental or vocal numbers, and indeed the album begins with an instrumental, appropriately entitled Ignition. It shows off the immense skills of all four members superbly - Nicola Lyons mostly takes the lead with her rhythmic and expressive fiddle playing, and she is very ably accompanied by Michael Giverin on mandolin.

The rhythm section is underpinned by great piano playing from Jim Molyneux, giving the group’s music great depth. The final member is Dan Day on percussion - “drums” certainly wouldn’t do justice to his contributions, as he is equally at home playing folk, jazz or Latin rhythms on a large variety of instruments, allowing the band to absorb all these styles into their unique sound. Other instrumentals, including the slightly mental Dosketchup and finale Balls to Balls, are equally intriguing and irresistible.

The group has great strength-in-depth - all four members compose, and Lyons, Molyneux and Day are all able to rotate lead and harmony vocals between them. The result is that their vocal numbers are of equally high quality.

The highlight is Brave, the story of a war hero returning home, which was written by Molyneux and sung by Lyons. Her gorgeous, silky smooth vocal and his beguiling lyric combine to spellbinding effect. Other vocal highlights are Day’s composition Message From Cloud Nine, as well as a haunting cover of James Taylor’s Enough To Be On Your Way.

Possibly the most impressive thing about the album, though, is that it was all recorded at home with no studio or engineers. Perhaps this actually helped with the organic feel of this record, but whatever the reason, Fuel is a very high class album, not to mention a hugely enjoyable listen, of which they should be very proud.

Released on Transition Records on 25 March 2016.