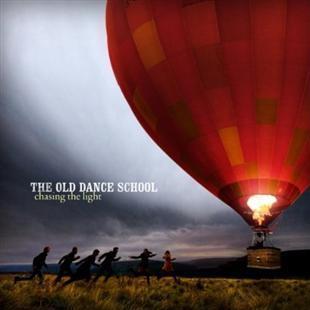 Picture this: a bright and breezy summer’s day, a few billowy clouds moving across the sky, creating moments of shadow. All accompanied by a rich blend of instruments playing, a mix of energy and calm. It could be a folk or jazz festival, or world music, even moments of a classical performance.

This is the experience evoked by the Old Dance School’s third album Chasing the Light, inspired by places and stories from Scotland to Wales, Dorset to Morocco. Violins, viola, guitars, cajon, cymbals, woodwind, trumpet and double bass combine to provide an ever-changing soundscape.

The ’genre-busting’ music of these seven talented musicians, who met while studying at the Birmingham Conservatoire, brings together folk, classical and jazz rhythms, to create the unexpected - medleys of melodies that are always morphing into new sounds. You feel you are literally chasing the light through your ears as you listen. Just as you think you’ve captured the essence of a song, it changes and moves into a new modality.

The opening piece, From the Air by Robin Beatty, is one of the strongest. The first few bars of fiddle capture a feeling of dissonant urgency, then breaking into a dialogue with other instruments which has a strongly triumphant feeling and upward movement that links with the album’s theme.

In contrast to some of the more rousing compositions are pieces such as Silver Tide by Helen Lancaster, a lyrical, yearning piece which could be a film soundtrack. Another instrumental piece by Lancaster, Hiraeth, captures the feeling of its title. There is no exact word to translate this Welsh sentiment which captures a deep longing for home, both a time and a place.

There are three songs on the album, paced at even intervals, tracks 3, 6 and 10. Sula Sgier, written by Robin Beatty, is memorable, partly because of its chorus which is easy to remember and harmonically compelling, and also because it captures a picture of traditional island life and its culinary delights. Once a year ten men make a treacherous journey to this remote island to harvest gannet chicks. Scottish National Heritage grants a special licence for this tradition to continue and Beatty’s dad was the first ’outsider’ to participate in 1991. The tradition is as controversial as the modern debate over Amec’s bid to build the world’s largest windfarm on Lewis. Sula Sgier is a dialogue between father and son about how the father harvesting sea birds, and his son working for a foreign power company with its aspiration of wind farms (chasing the light and the air), share a dependence on the elements across generations. ’Father don’t you see/ we’re just the same both you and me/ from the land and sea we take our share’.

The second song is the traditional Craigie Hill, re-imagined with a contemporary jazz feel to it captured in both the singing and instrumentals. The final song The North Edge, also by Beatty, is a lyrical and elegiac way to end the album: ’So what of these old songs we sing in the morning/and what of these new lines we hear on the way?/so chasing the light I’ll race the world turning/to my place on the north edge at the end of the day.’

This is an album that captures the changing light even as it chases it. Another resounding success for the Old Dance School.

Released 7 May 2012 on Transition Records