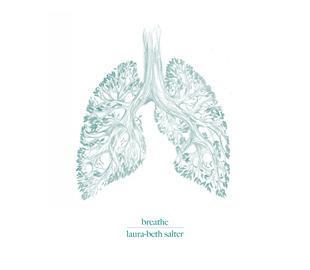 Laura-Beth Salter will be a familiar name to fans of all-female six piece The Shee. Here she is branching off into slightly different territory with her first solo album Breathe. The album consists mainly of her own compositions; two exceptions being a tune written by her step-father, The Bankside Girl, and a Bob Dylan song, Meet Me in the Morning.

The composition style shows the strong influence of the bluegrass music Laura-Beth grew up with and also the traditional music she was exposed to whilst studying on the Newcastle University Folk music degree.

The American influence is particularly evident in Shine, arranged for full band and featuring a great riff from the double bass and a fine fiddle solo. Elsewhere on the album, the musicians are used more sparingly - Our Bottle/The Waiting Waltz has already been recorded by The Shee, but here the accompaniment contains only the dobro, whilst Brother Wind is a duet with Jenn Butterworth.

There is a dark side to Laura-Beth’s songwriting - the opening track, Carry Me, is a powerful green anthem, warning of dire consequences if we don’t look after the earth (although there is some hope, thankfully), and the Devil and I is a sinister tale which deals with the consequences of getting involved with the wrong sort (although the outcome is not the traditional one).

Some songs are particularly deep or poignant - Big River has a beautifully harmonised melody with a simple accompaniment and tells us to draw on experiences, while Teacher deals with the heartbreak of losing a child.

Sometimes Laura-Beth’s observations on life become tunes -Flatlands draws its inspiration from her native Lincolnshire, while Watching the Hive takes its name from the buzz (pardon the pun) of the Student Union building near where she lives.

Yadda (twinned with Calm Before the Storm) describes a city in the run up to Christmas. The frenetic syncopated rhythm of the tune illustrates the panic some people feel during the festive season.

Joyous or thought-provoking, hopeful or sad, Breathe is a great showcase for a fine young talent.

1. Carry Me
2. Big River
3. Watching the Hive
4. Our Bottle/The Waiting Waltz
5. The Devil and I/Flatlands
6. Brother Wind
7. Shine
8. Teacher/The Bankside Girl
9. Yadda/Calm Before the Storm
10. Meet Me in the Morning 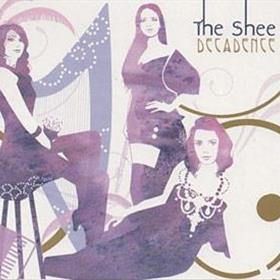