Jon Boden - Songs From The Floodplain 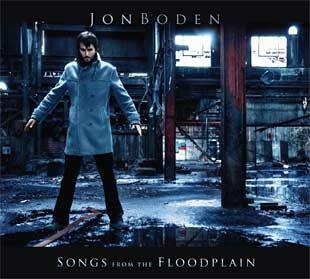 As we are aware from not only his first album ’Painted Lady’ but also his work as part of folk big band Bellowhead, Jon is not afraid to push the boundaries and challenge the thinking of his audiences.

With this latest concept album Jon manages to tackle the subject of folk apocalyptica, with great feeling and sensitivity. Although there is much here about the doom and gloom of having lost so much of what we come to take for granted, he also tackles the more day to day emotions and ends up with a mixture of songs that actually put you on a high.

From the beginning of the first track, ’We do what we can’, you are drawn into this new world where everyone from ’the rich man to the beggar’ has to toil to survive. It’s a very promising and catchy start. Jon’s voice sits very comfortably with the musical arrangements as we are transported through his travels. One of the highlights for me is ’Penny for the preacher’ which is a stunning example of Jon’s song writing ability and a superb arrangement. I’m not going to go into that much detail on individual tracks and really wouldn’t be able to do them justice in a review but you will not be disappointed by this sheer musical delight.

Jon has managed to put together an exceptional album which is sure to push his solo career to new heights. Although we are only now a few weeks into the year, I really think this is going to be fighting for album of the year.

Press release:
"Deeply resonating folkapocalyptica from the lead-singer of Bellowhead. Jon Boden’s second solo album... builds on the critical success of 2006’s Painted Lady in bold style. In it he imagines a rural community surviving in the aftermath of apocalyptic turmoil, coming to terms with what they have lost and confronting the new order, alongside the everyday concerns of love, loss, fear and hope. The subject matter is dark but the songs are surprisingly upbeat, catchy and often uplifting." 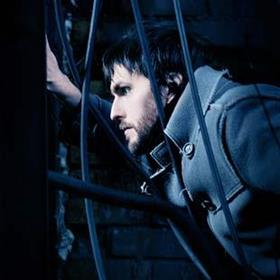