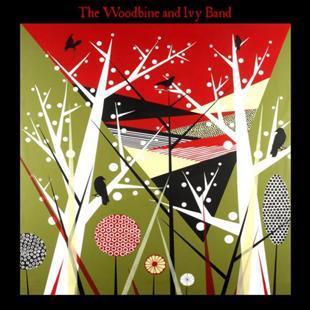 A group of Manchester-based musicians have joined forces under the name of The Woodbine and Ivy Band to produce a superb eponymous debut album. The nine members of the group cover a wide range of instruments including pedal steel, piano, Hammond organ, harp, drums, synthesisers, double bass and trumpet. This array gives great flexibility to the instrumental accompaniments to the ten traditional songs featured.

In a novel and brave approach, the main vocal of each track is provided by a different guest artist, who was invited to sing their song a capella, after which the band arranged the music to match the vocalists style before coming together to produce the final version. This proves to work quite brilliantly, so that the powerful voice of Jim Causley is accompanied much more robustly than the more ethereal tones of Elle Osborne or Jenny McCormick. The electric sound is clearly inspired by the folk rock genre but with a wide range of other influences from drone rock to Pentangle and The Byrds.

The two standout tracks (although it is difficult to choose as everything on this album is excellent) are perhaps the most different. The Woodbine and Ivy version of Gently Johnny is sung bewitchingly by Jenny McCormick then rises with more voices from a 12-piece backing Woodbine and Ivy Chorus joining in to reach a thrilling finale. This interpretation matches the eroticism of that famously featured in the film, The Wicker Man, but is if anything more powerful. Another highlight is the brilliant and joyous Out with my Gun in the Morning, sung vigorously by Jim Causley with an electric guitar backing.

A fast-paced, electric guitar and percussion-driven interpretation of Alison Gross produces a harsh-edged sound that matches its subject well. The rather experimental The Roving Journeyman is complete with electronic ’space’ effects and background drones before the instruments fall away to allow that 12-piece choir to shine through in an almost a capella interlude.

The Woodbine and Ivy Band reinvigorates the folk-rock genre and must be a leading contender for the best album of 2011.

1. Spencer the Rover
2. Alison Gross
3. Twa Corbies
4. Gently Johnny
5. Poor Murdered Woman
6. Under the Leaves
7. Out With My Gun in the Morning
8. Derry Gaol
9. The Green Wedding
10. The Roaming Journeyman 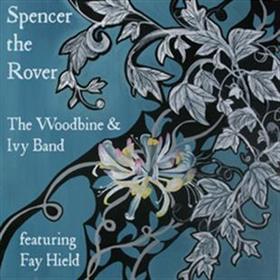