Sam Carter - The No Testament 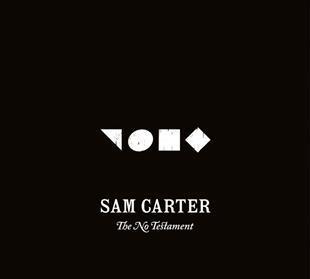 From the outset of The No Testament, it is clear that Sam Carter is rather disgruntled. Intro: Antioch is a bracing, hearty hymn sung by Neasden Sacred Harp Singers, which bursts into the swaggering, accusatory and deliciously catchy Dreams are Made of Money. The song’s sharp take on the recession - “if you’re broke and you know it wave your P45” - quickly establishes the record as one that combines the old (its traditional tune) and the modern.

It also contrasts strongly with the very British beginning to Carter’s last album. “After the release of Keepsakes I found myself becoming more and more interested in American spirituals, gospel and in particular the shapenote hymn singing tradition,” he says. And it shows, in the old-timey fiddle of the unhappy Jack Hall, and even in Carter’s new look - the sleeve photography shows a band who look like extras from HBO’s Deadwood.

But Carter and co do much more than dressing up. At the heart of The No Testament is an ambitious concept: an attempt to create a new body of hymns - “expressing belief from a humanitarian rather than a religious perspective” - he says.

Indeed, a biblical sense of foreboding pervades the album - Waves & Tremors is a full-on blues swagger that ruminates on a natural disaster. It feels like something Big Bill Broonzy might have come up with, until Fukushima is mentioned, cleverly amplifying the sense of foreboding - this is no old-fashioned disaster.

More personal themes are explored, too. The One, for example, shows an impressive lyrical maturity. Written from the point of view of an embittered divorcee talking to his son - “And now I’m coughing up child support / real fatherly love / And I buy you the world every weekend / As if that’s enough” - it’s given a rather epic musical setting, and makes for one of the album’s most affecting moments.

No Other Side highlights Carter’s nifty guitar skills (if you needed to be reminded) on an informal, lyrical protest. It mixes the personal with the political, and could almost come from a musical.

The album is not all discontent and disaster, though: As Long As You Hear Me is short, sweet and tender, and its mournfulness suits Carter’s voice. His tones are also perfect for One Thought - a self-admonishing tear-jerker that features some tasteful electric guitar embellishments.

The inclusion of Nic Jones’s heart-warmingly apocalyptic Ruins by the Shore makes perfect sense in the context of the album, and provides a moment of peace before the title track’s gospel-driven finale. It returns to the theme of the opening songs - “it’s not what you came with, it’s what you leave behind”, he sings. It’s catchy and thought-provoking at once.

Carter’s voice strains a little on Christian spiritual Garden Hymn and the final track’s closing exhortations, but this is easy to forgive.

The No Testament grapples with big themes in intriguing ways; there’s more depth to be found in every listen. But its biggest accomplishment is the way the concept is balanced with focused, clever and enjoyable music. A difficult trick, executed with great skill.