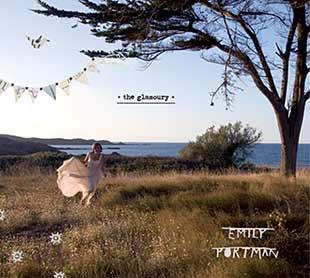 With a BBC Folk Award nomination to her name thanks to her work with The Devil’s Interval, Emily Portman is already a well known name on the British folk scene. So, it is unsurprising ’The Glamoury’, her debut solo album, has been widely anticipated across the folk community.

Comprising of 10 self-penned songs and one traditional arrangement, ’The Glamoury’ more than does justice to Emily’s vocal prowess.

As unlike Shakira’s interpretation as humanly possible, but ’Bones and Feathers’, the album’s opening track, and ’She-Wolf’ share a common muse - the transformation of a woman into la loba. Like all of the tracks, ’Bones and Feathers’ conjures up a tale of mystique, magic and metamorphosis. The former are common themes throughout the album, which delves into fairy tales from countless cultures and countries. And so Emily invites the listener to travel with her to mystical and magical worlds, with her voice as a guide.

If this is not enough, however, a collection of equally shining names are on hand to provide vocal and instrumental harmonies that, while subtle, will envelop you to ease the transition between the fairytale worlds.

One excellent example is ’Pretty Skin’, which tells of the story of a Hanse l& Gretel-esque witch. Making the most of her haunting voice, the melody is supported by a wealth of different textures and timbres - from the repeated whispers of ’rat-tat-tat’ (presumably representing the witch’s teeth gnashing in anticipation of her next meal) to the ethereal harmonics courtesy of Rachel McShane’s cello line. The overall effect is a unique take on an age-old story, which has lost none of its bite.

The album returns full-circle with its final track, The Gold Hairs. But unlike ’Bones and Feathers’ there is no instrumental accompaniment to create atmosphere. Instead Lucy Farrell and Rachel Newton join Emily for a final a capella number.

Beautifully produced and sympathetic to the subject matter, this is a truly stunning debut. But I wouldn’t expect anything less from somebody of Emily Portman’s calibre. Most definitely worth the wait!