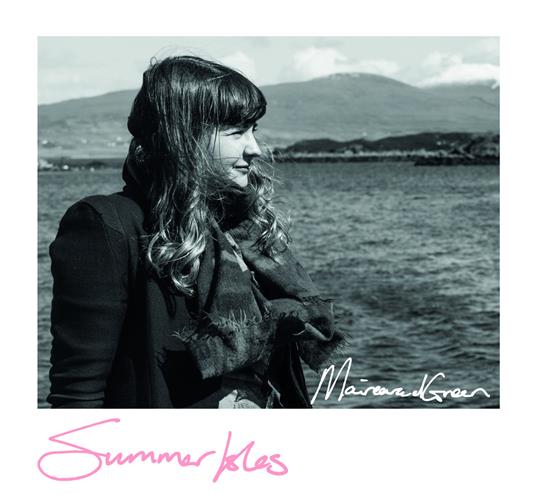 The islands of Scotland have inspired a range of composers over the years, from high-brow works by Felix Mendelssohn and Peter Maxwell-Davies to the (often unnamed) writers of the wealth of traditional songs and tunes stemming from Alba’s outer reaches.

Latest in this line is the certainly not anonymous Mairearad Green. Summer Isles sees the Poozies and Mairearad & Anna accordionist and piper present an album of original songs and instrumental pieces about a small group of islands just up the north-west coast from Ullapool.

The repeated piano figure and choppy accordion chords in the intro of opening track Island Folk could be mistaken as an off the peg film soundtrack. But then the accordion and fiddle come in with what could pass as a traditional slow air were it not for the complex irregular timing.

Next up, Star Of Hope features acclaimed singer-songwriter King Creosote guesting on a track so Sigur Ros-esque that it even features tremulous falsetto vocals. Though that’s not to knock an agreeable pop-rock number that chugs along nicely.

More downtempo are The Island and Grace Darling, both firmly in the Americana tradition with a Scottish accent subgenre. Meanwhile Stone & Struggle features a pared back arrangement of piano, Green’s singing and accordion playing plus clarinet: an interesting addition that helps carry this tale of islanders eking out a living away from simply sounding like the accompaniment to a nature documentary.

While nearly every track on Summer Isles has an ambient feel to it, the sense of open space and airy shores is perhaps best evoked by A Tanera Talisman and Blessing On Tanera, two tracks which drench double-tracked vocals and piano in reverb for a lush and expansive effect.

The one moment of unadulterated folk is Red Throated Diver, where a psuedo-jig gives way to a solo accordion waltz. And it’s changes of instrumentation throughout the album which stop the generally pensive mood of Summer Isles becoming tedious.

However, that same eclecticism, coupled with a mixture of Green and guests on lead vocals mixed in with accordion-lead instrumentals does at times have a disjointed feel. What rescues Summer Isles from being a musically disparate collection of ten compositions is their common feeling of being rooted in the author’s native Coigach and those eponymous islands.

As the chorus on the closing track puts it: “Home [to me] is this island”