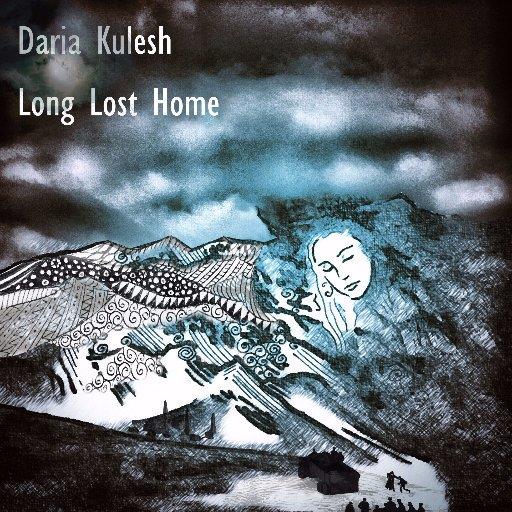 A few bars into the first track, the production quality of Daria Kulesh’s second album is obvious.

Kulesh sings mainly in English, but her name points strongly to her family’s past and the inspiration for her latest studio offering. Russian-born and raised, UK-based, her grandmother was from the southern Russian region of Ingushetia.

Long Lost Home weaves stories of her old family, their Ingush homeland and a new life in forced exodus. Amanat tells the story of Kulesh’s great great grandfather as a hostage. Gone begins with the line; ’Tell me sweet England, am I a stranger.’ The Hazel Tree expresses her forbear’s connection with the land where she wished to be buried.

All songs are her own, except for Tamara, a haunting song of a beautiful queen singing from a far off tower written by Mikhail Lermontov in Russian, and the traditional Ingush folk song Distant Love, both translated by Kulesh herself. She sings that last one in both Ingush and English and it is an absolute treat.

This is mainly a solo vocal album, with sensitive backing instruments that vary from one track to another. The vocal delivery is reminiscent of the stage musical, with occasional leanings to an almost spoken style.

Sticklers for lines that smoothly scan or rhyme may not be totally comfortable with her songwriting style, yet she seems to carry it all off and let the songs tell her stories.

Kulesh has collected an excellent line up of backing musicians. From guitar and piano to bouzouki, accordion, bass, percussion, flute and hammered dulcimer, to the perhaps less well known nyckelharpa and smallpipes. There are also musical connections to her grandmother’s homeland via the dakhchan pandar, a simple stringed Ingush folk instrument played by virtuoso Timur Zeytov, plus the doul, a taut drum played in a number of south Russian republics.

From beginning to end, Long Lost Home is a listening delight.