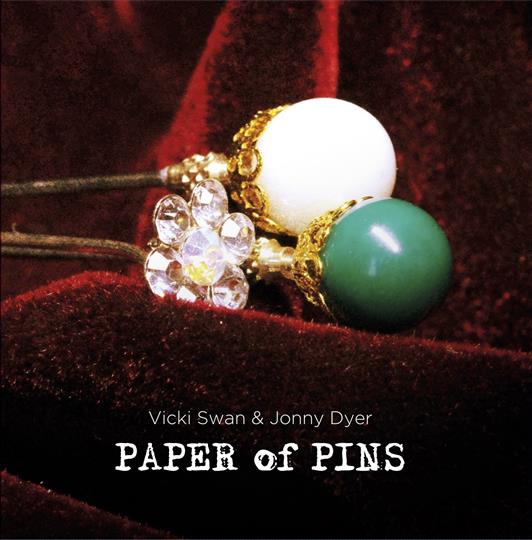 Paper of Pins is the 7th outing for duo Vicki Swan & Jonny Dyer, and their experience shows in this well put-together and enjoyable collection of songs and tunes, expertly weaving English folk with Swedish and baroque influences.

The album opens with The Golden Glove, an English traditional song also known as The Squire of Tamworth, put to an original melody by Dyer. In a sense it sets the tone for the rest of the album. Swan & Dyer take a very traditional song and then apply their own musical influences to it.

The Bold Fisherman and Daddy Fox follow a similar vein, both being enjoyable, uncomplicated interpretations of traditional English songs. Swan & Dyer deftly bring in outside influences without feeling the need to reinvent the wheel or becoming stuck on one style.

The Blantyre Explosion is another traditional song, albeit with a more sombre subject matter. This moving ballad tells the story of the Blantyre Mining Disaster. The instrumentation, including Swan on the octave nyckelharpa, swells and recedes with Dyer’s voice, allowing the listener to give their full focus to his clear and fine lyrics. One sees a similar effect on Friends and the titular Paper of Pins.

Keeping with the theme of less is more, the third track on the album is a pair of easy-going and pleasant tunes, The Halsway Parade and the Quantock Reel, written by Swan specifically for the nyckelharpa. There’s a charming interaction between the strings and the guitar, where once again the beauty is in its simplicity.

The album concludes with a three part wedding suite, containing everything from a processional, to a reel, to a composition in the baroque style based on the work of 17th century poet Robert Herrick. They’re obviously very personal pieces for Swan & Dyer, and they’re all brimming with emotion that it’s hard for the listener not to be carried away with.

All told, Paper of Pins is an intriguing and enjoyable mix of music, varied yet coherent. Swan & Dyer know their craft and they know it well.