John McCusker - Under One Sky 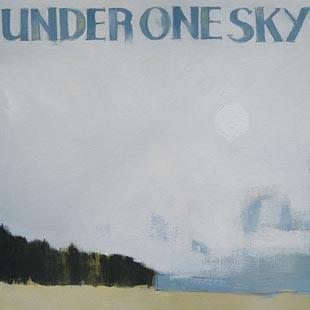 "Under One Sky" is a collaboration between John McCusker of Battlefield Band fame and twelve other artists from England and Scotland. We previously reviewed the promo "’The Songs’ EP" which contained five of the seven songs on the album. This is an update of that review bearing the new songs in mind.

The distinctive and elegant fiddle playing of John McCusker is the thread that runs through and connects the seven tracks which otherwise vary widely in style.

The strength of the album is in the complementarity of McCusker’s sound with that of the other performers. His instrumental work is familiar from solo albums such as Yella Hoose, his collaborations with Kate Rusby and earlier with Battlefield Band. The most similar track to his previous work is the soothing ’S Tusa Thilleas’, performed in Gaelic with Julie Fowlis. In addition, two songs are John McCusker instrumentals in a similar vein. In contrast, John Tams and Jim Causely perform essentially mainstream English folk songs which are lifted by the fiddle backing.

An unusual aspect to the album is the participation of Graham Coxon (Blur) and Roddy Woomble (Idlewild). This works to a variable extent. ’Lavender Hill’ with Woomble is a neat combination of vocals and fiddle while ’All Has Gone’ (Coxon) seems a little out of place in the album with its bass rhythm and odd vocals. This is a really interesting and novel sound and the album is well worth spending some time with.

Released by Navigator on 2 February 2009.