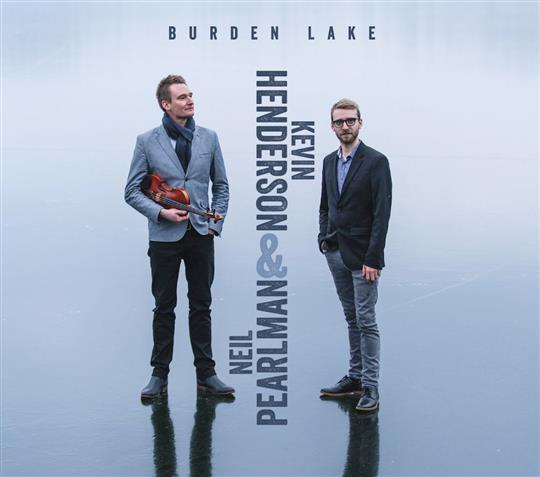 Burden Lake is the first album by the duo made up of Shetland fiddler Kevin Henderson and American Pianist and mandolin player Neil Pearlman; a musical bridge between the two sides of the pond and a sublime example of a fluid blending of different cultures. The transatlantic nature of this collaboration is emphasised by the fact that the album was recorded and mastered on the European side of the ocean while it takes its name from the location in the State of New York where it was conceived.

The opening track Sjovald perfectly embodies the philosophy behind this release: the title is the name of Henderson’s eleventh great-grandfather, a Viking of Norwegian and Swedish origins, whose adventurous character is reflected in the bold stride of the duo’s performance and in the vigorous jazzy piano solo that drives a climax reintroducing the main melody after a brief variation.

Burden Lake captures the listener thanks to the musicians’ dexterity and their sophisticated and yet spontaneous symbiosis, but also for the variety of atmospheres it features. The album sinuously flows from slow-paced tunes such as the Scandinavian flavoured Bonfrost and the haunting Trowie Burn to lively sets like Tune for Lukas / Talons Trip to Thompson Island, a vibrant hornpipe and reel medley, and the colourful Gas Station Raptors / The Strat-O-Matic King, a spectacular jig and strathspey set oozing jazz influences from every bar.

The album closes with other two remarkable tracks: the first of those, San Simon / 47 Hours, starts with a mandolin and fiddle composition that Henderson wrote after a childrens’ fiddle camp on a remote island of Spain, followed by a fast paced tune inspired by Pearlman’s long and turbulent trip from Portland, Oregon, to Newcastle-upon-Tyne; the second is the airy title track that ends the album in meditative mood.

While showcasing the musical backgrounds these two talented musicians come from, Burden Lake unleashes the potential that derives from a high quality and fresh musical experimentation. The duo manage to effortlessly combine different elements such as the syncopated rhythms of East Coast jazz, the energy of the British Isles and the softness from the Scandinavian area in a unique sound to be savoured many times.

Released on CD and digitally on 3 July 2020 by Sungaet Records, mastered by Gordon Gunn, recorded by Ian Stephenson. 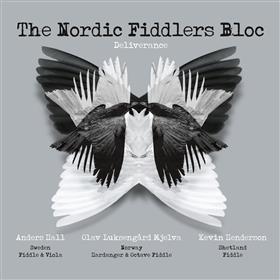