Rob Harbron’s highly personal style, his expressive playing and the melodic qualities of his compositions have gained him the reputation of one of the greatest English concertina players of all time. In his work with Leveret and the English Acoustic Collective, his new duo project with Emily Portman, as well as his contributions to albums by Fay Hield, Sam Sweeney, Jon Boden and many others he has shown great mastery of both traditional and contemporary material, not only from the British Isles, but also from other cultures, with a special focus on Scandinavian music in his albums with Emma Reid.

In 2019, he released his first solo album, Meanders, a must for everyone fascinated by this complex instrument, but also for everyone wanting to understand its potential. Despite being a solo concertina release, Meanders is full of exquisite harmonies, fetching tunes and dainty variations, a compelling album in which it is possible to discover something new at every listen.

Rob Harbron has been so kind as to answer a few questions for Bright Young Folk Readers. 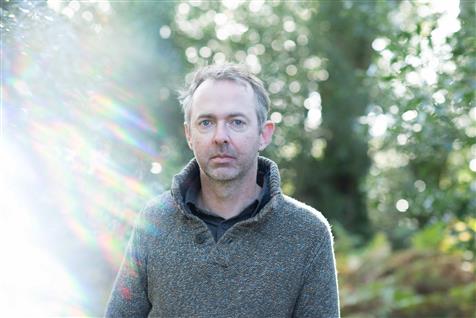 How did you start playing the concertina?

There just happened to be one in the family home that had once been played by my great grandfather. I’d already started playing the violin, first classical lessons at school then folk tunes, and I’d started going to some of the early Folkworks workshops in the north of England. I saw Alistair Anderson playing the concertina at those events and that gave me the idea to have a go at the concertina.

Who were the people, the teachers and the musicians that had the greatest influence on your playing?

Alistair was a big early influence and was very supportive and encouraging. I was hugely influenced by Chris Wood and Andy Cutting and a lot of how I came to play the instrument as I do can be traced back to time I spent in my teens trying to work out how to recreate on the concertina the sorts of sounds and harmonies Andy was getting from the box.

The time I spent working with Chris Wood and John Dipper in the English Acoustic Collective was hugely formative for me too, I learnt a huge amount from Chris and that ensemble really helped me develop as a player and musician. I think I learn something every time I play with someone else to be honest, so every musician I’ve ever played with has had some influence on me!

The English concertina is your main instrument, and yet your distinctive style incorporates elements that are more common to Anglo concertina players. How did you develop your unique sound?

When I’d just started playing the concertina, someone gave me a couple of cassettes with copies of some albums featuring the concertina - one tape with the first two Morris On albums, and one with two Noel Hill albums. So my early concertina listening featured two very different styles of playing, English morris tunes and trad Irish tunes, but I had no idea they were all being played on the Anglo not the English concertina!

I emulated them as best I could, including the chords and bellows changes I could hear on the Morris On albums and the ornamentation and articulation from the Noel Hill recordings, and those early influences are still there in my playing now. As I mentioned, Andy Cutting’s harmonies and his bellows pulse were big influences, and I’ve always taken influence from music I hear beyond the folk world too.

How do you choose traditional tunes from the archives? Does this choice influence your composition process?

When I look through a tunebook or manuscript I’m usually looking for a specific thing - a simple tune for a workshop, or a tune in a particular rhythm or with a particular vibe to fill a gap on an album. So that helps me to filter the possible tunes and stops me being overwhelmed with possibilities.

Then I’m looking for something that draws me in - a melodic hook or an interesting rhythm or structure, or maybe just an intriguing name. I’m not usually looking for a tune that’s perfect and fully formed as I’m very happy to adapt and amend as I get the tune off the page - I just want to find a tune that makes me want to keep playing it, and I don’t mind rounding off sharp corners if I need to.

I take the view that a tune that had been continuously played by ear since 1750 would have evolved and developed along the way, so if take a tune that was written down in 1750 and may not have been played since, it’s fine to simulate that process by changing the odd note. The original tune is still there for people to refer to.

You have taken a deep look at one of British traditional music’s closest relatives, Scandinavian folk music, and recorded your take on it on two albums with fiddler Emma Reid. How did this collaboration start? And what are the common features you find in both your homeland’s and Scandinavian traditional tunes?

I’d known Emma since we were teenagers - she is half Swedish but grew up in the North of England. We were both teaching on the Folkworks Youth Summer school one year and just ended up doing loads of playing together that week, and it seemed natural to develop it into a duo as Emma was spending that year in England.

When we first started playing together our repertoire was mostly English but as the duo developed we became more Anglo-Swedish in our repertoire and approach and that’s reflected on our second album which we recorded in Sweden.

On that album Emma and I paired English and Swedish tunes together and explored the similarities and differences. The most obvious common feature we explored is that the Swedish Slängpolska is probably the closest relative stylistically and geographically to the 3/2 hornpipes that we have in English manuscripts.

On some Swedish tunes we’ve played I’ve ended up basically emulating the bowing that Emma is doing with my bellows and that’s been a really interesting process. I’ve been very influenced by Swedish music along the way so it’s been great to be able to explore the common features and differences with Emma.

Improvisation, listening and inspiration are the core of Leveret’s music. How does it feel bringing this very free and unrestricted approach to traditional music?

To me it feels totally natural. For Leveret that approach has grown out of our playing of traditional tunes - it’s not a thing we’ve brought in from elsewhere as we’re all predominantly folk musicians.

It’s a natural extension of the freedom traditional players have to explore variation, ornamentation and individual stylistic expression. The tune is always at the centre of what Leveret do - it’s our yardstick and our metronome and even if no one is playing the tune at any given moment, we all know where we are in it, and that’s what gives us the freedom to explore and improvise.

In recent years you have performed in line ups ranging from just yourself to Jon Boden’s 11-strong The Remnant Kings and plenty in between. How do you find it fitting into different size bands as a concertina player, and does the way you approach your instrument change much between these diverse projects?

When I’m finding my role in different ensembles and genres, I’m not really thinking about what I do in terms of the concertina - I’m trying to work out what gap needs to be filled in the ensemble and what I can best offer.

I play other instruments too so sometimes the concertina isn’t the right thing to fill that gap. But as a concertina player in different ensembles I guess I’m always exploring the different roles the instrument can play - melody, harmony, chords, rhythmic vamps, riffs and improvisation, or long notes and drones and the different registers of the instrument. I really enjoy getting to do those larger projects as it does give me freedom to play in a way I can’t do in a smaller ensemble .

Which is the tune you wrote that you are more proud of?

I tend to see my tunes as being like traditional tunes in that the tune itself is just the starting point, and it’s down to the individual player to make the tune work in any given performance. I quite enjoy rediscovering tunes I wrote a while ago, when some little new idea just gives the tune a new spark.

Leveret have just recorded a tune I wrote years ago called Alvin’s which I’ve been enjoying in that way. But I’m very proud of my tune Dundas, it’s generated such a wide response from so many people and every time I play it I’m taken back to the place where I wrote it. 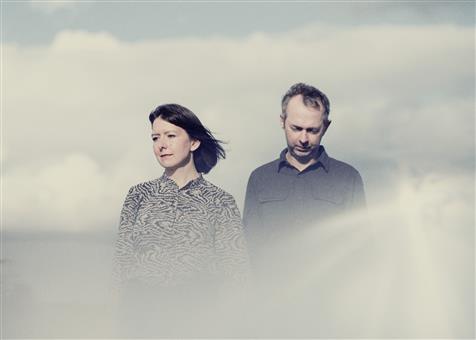 Any new live gigs or new releases in the near future?

I’ve just released an album with Emily Portman that I’m really proud of. It’s called Time Was Away and it was a lovely record to make, despite the many delays due to the pandemic. It’s great to finally have that out and we’ve got some nice gigs in March to launch it.

And after a fairly quiet 2022 I’ve suddenly got quite a lot in the pipeline. 2023 is Leveret’s tenth year of playing together so we’ll have a new album and tune book coming out as well as two tours and some festivals.

I’ll also be recording a new album with The Servants’ Ball, which is a quirky and eclectic dance band I’m in with Ben Nicholls, Ben Paley and Ewan Wardrop among others. I did a thing last summer for the Hudson Records subscriber club where I wrote and recorded a new tune every day for a week (it was quite an intense week but I was really pleased with what I came up with) and I’m doing the same thing again in January and then those tunes will form the basis of another solo album at some point.

And there are various other nice things throughout the year including the first Remnant Kings gigs for a while which I’m looking forward to.

[All photos by Cammilla Greenwell] 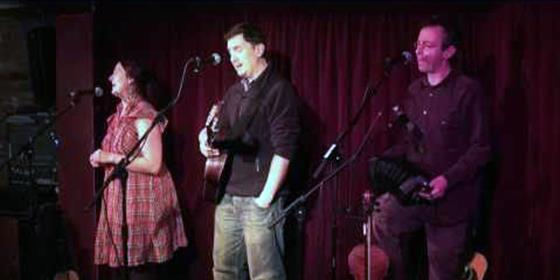 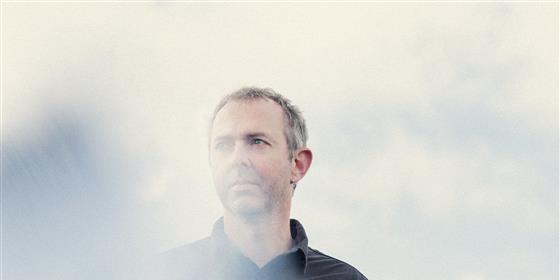