Amy Thatcher: Letting What’s In Out 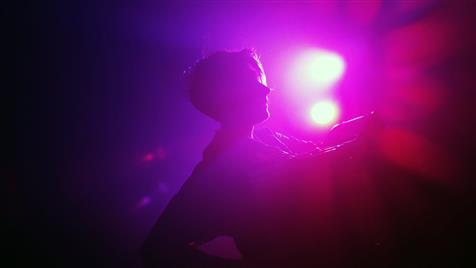 Thanks to her sensitive playing, her inventive compositions and her collaborations with great names such as Sting, Kathryn Tickell, Ian Stephenson and The Shee, Amy Thatcher has deservedly acquired the reputation of one of the best accordionists on the folk scene. In November 2021 she released Let What’s In Out, an EP inspired by a life-changing experience that occurred to her about two years ago.

She was in Berlin during a tour with The Shee when she gave birth to two premature twins. For more than seven weeks the newborns and their mother could not come home and she experienced a vast range of emotions, from fear and anxiety to hope and relief, as the days were passing by.

Thatcher thought that music could do better than words in explaining the whole process and Let What’s In Out is the proof she was right: the four tracks are all diverse and captivating, with the first one having special structure and meaning.

Amy Thatcher has been so kind as to answer a few questions for Bright Young Folk readers.

How did you start playing the accordion?

I went to Banks Lane Junior School, in Stockport. If you’ve heard of The Fosbrooks, this is where they’re based. It’s a wonderful set up, you go to a few lunchtime classes and work your way up to after school and Saturdays. Three times a week until I was 18!

Now that’s how to practice - with all your mates, away on tours, to festivals and local events. I’ll never forget it, it was such a magical, formative time.

Which artists have had the greatest influence on your playing and composition process?

From teachers and other accordionists. Murray Grainger really brought my playing up a gear or two. He wasn’t ’born’ totally folky either, he’s got the classical chops and an ear for a great harmony, and I was always interested in making music interesting, not necessarily making music sound traditional.

My parents’ music was always more along the contemporary side, with a bit of jazz thrown in. Artists I remember listening to growing up ranged from Sting, Pat Metheny, Esbjorn Svensson trio, Kate Bush, Tears for Fears, The Beatles and Boyzone. 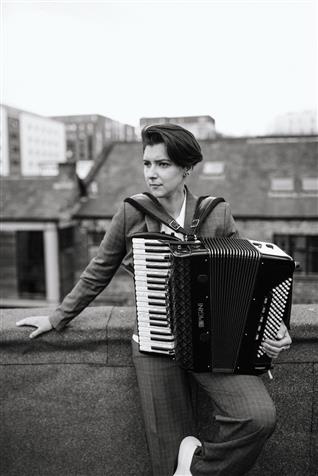 Why do you think, as stated in your EP’s sleeve notes, that music has a better descriptive power than words when it comes to emotions?

Well I’m not (usually) someone who says more words than is necessary. Also, I like the point of creation being somewhere in that grey area between all the knowns.

You can draw people into your world and they can be somewhere completely different from you. It’s not that words aren’t effective when it comes to making the listener feel something, they definitely are. I just have a particular interest in the emotions outside of language.

The opening track in Let What’s In Out, titled Look at you Now, is a musical allegory of your tangled and changing feelings in the first days of your twins’ lives. Can you explain us the creative process behind it?

I had a tiny piece of melody which I’d made up while humming to my first son; it wasn’t anything but a soothing noise at first. When my twins were born, they were in incubators so I couldn’t pick them up or carry them around much.

To comfort both of them, I sang this little melody which I’d remembered, and I added a little bit extra to the end of it. It wasn’t until 18 months later when I decided to get back to work and write some music that I thought that maybe I could do something with it. I arranged it for free-bass accordion and suddenly this soothing noise had become something else.

It stirred me to tears, and I realised I needed to let something out. Something from that time in Berlin, and I couldn’t tell you what that was (anyone who ’remembers’ what it was like in the two weeks after giving birth will know).

There was just far too much in my head to put into words, my mind was chaotic and yet drawing a blank, paralysed with fear, joy, anxiety, fatigue. I wanted the piece to reflect some of that - the chaos and the joy.

Is there a particular set or tune you love to play when you feel a bit down?

I just like getting stuck into practice when I’m feeling gloomy really, something that I can’t do right yet. I didn’t used to like practice, maybe because I never knew how to practice on my own. That wasn’t what we needed to do in Fosbrooks (three times a week remember). I love it now.

What would you say to someone wishing to take up the accordion?

Get yourself a decent accordion first of all. They don’t last, so 2nd hand ones aren’t always that reliable.

Make some noise. Learn the chords to all your favourite songs. Learn as many tunes as possible by ear. Make something up yourself.

I’m working in a duo with a drummer called Fran Knowles and we’re recording our debut album in Spring 2022. Moving away slightly from premature babies, we’re dealing with themes around feminism, self care, politics and general outrage.

The album, Emergency of the Female Kind, is a call to all women to make an effort with other women, be supportive. We’re hoping to be touring for the launch in the autumn. 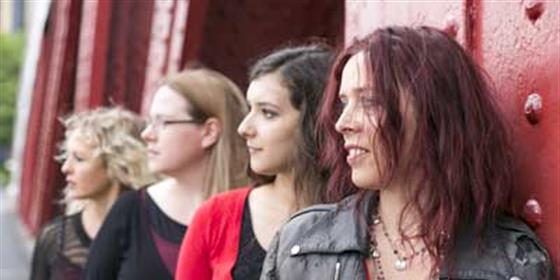 Text Interview
A new Side to Kathryn Tickell