Joanie Madden: Celebrating the 25th Anniversary of Song of The Irish Whistle 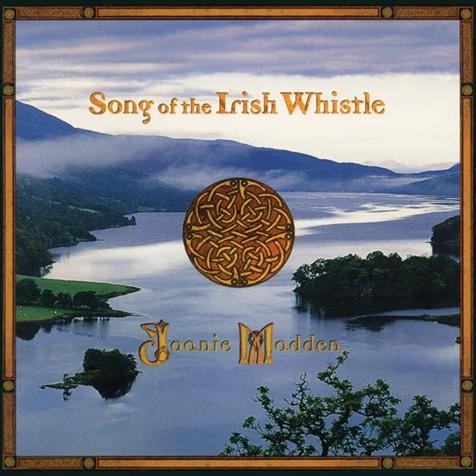 It might come as a surprise for many people, but the most successful album centred on the simple but highly expressive whistle has not been published by a musician from the British Isles, but from an American.

Born to Irish parents in New York, Joanie Madden has developed her idiosyncratic style on this instrument, becoming a role model for a number of musicians and winning countless awards. Her album Song of the Irish Whistle, released on 13 February 1996, has sold more than 300,000 copies around the world and has been defined as a milestone for the diffusion of whistle music outside its native archipelago.

Recorded with a line up that included, among others, John Doyle and Eileen Ivers, the album is full of haunting melodies, reminiscent of wild landscapes, with a few fast-paced tracks, Song of the Irish Whistle transports the listener into another dimension and still provides a peaceful escape from our turbulent times. In the wake of the rapturous response caused by her first album, Madden recorded Song of the Irish Whistle 2 in 1999, following in the steps of its acclaimed predecessor.

As this iconic album turns 25, Joanie Madden has been so kind as to answer a few questions for Bright Young Folk readers.

How and when did you fall in love with the sound of the whistle?

I grew up in a house full of music as my father was a great accordion player and led a very successful dance band in the New York area for 30 years. My father noticed early on that I had music in me, and sent me for fiddle lessons.

I didn’t like the fiddle, and then took me for 2 lessons on the piano, that didn’t do it either! It wasn’t until I saw a friend taking whistle lessons, that I was immediately mesmerised by the sound and wanted to learn it. The sound totally grabbed me and I was hooked after my first lesson!

Who are the figures, relatives, teachers, performers, that had the greatest influence on your playing?

Since my father was such a respected and well-known musician, I got to meet all the important Irish musicians in the New York area. The people that influenced me the most were three great traditional flute players, Jack Coen, Mike Rafferty and Mike Preston (from the Tulla Ceili Band). They were all kind and very encouraging to me.

It wasn’t until I was 12 or 13 when I was literally blown over by the playing of Mary Bergin, a whistle player from Dublin who in my opinion was the one who revolutionised the whistle sound.

After hearing Mary play, the very next day I was at the Irish gift shop with my mother and we purchased her album and I started playing along with her record. She was my biggest influence when it came to my ornamentation on the whistle.

How did you choose the tunes for Song of the Irish Whistle?

I picked melodies that I loved. I feel the whistle reel lends itself to haunting melodies and I love to put my heart and soul into my music. Never in my wildest dreams did I think the album would have the success that followed or that I would inspire thousands around the world to learn to play the whistle! 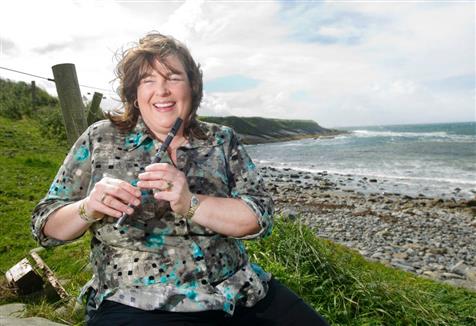 Which were the most memorable moments in the making of Song of the Irish Whistle?

When we recorded Mná na hÉireann (Women of Ireland) we used a choir of whistles as the synthesiser sound, 16 whistles in different keys and sounds created the chord - a bed of sound to lay the lead whistle on.

We had worked on finishing the tune all night as the track was due in the morning. At 4 in the morning, we finished the recording, and I left the studio and drove the 56 miles home to my house and let me tell you that I was exhausted.

When I walked into my house, my house phone was ringing (this was before mobile phones), I picked it up and thought it was Brian Keane my producer calling to make sure I got home ok. Instead, Brian told me when they were transferring the choir of whistles, they were lost in the digital transfer and they needed me to come back asap! I had to get back in the car and drive back up the 90 minute drive and do the choir of whistles again!

We finished at 2:00 in the afternoon. Thankfully, the melody was a huge success and worth all the hassle!

Is there a track on this album that you feel best represents your sound? Perhaps one you are more fond of or one you would suggest to someone who wants to approach your music for the first time

I love a lot of the melodies on that album, but I think I really like the Immigrant. I really feel that melody touched me as I am a proud daughter of immigrants and I love the fact that myself and Brian composed it and it has touched people around the world.

This lockdown has really thrown everyone in the arts for a loop. No one saw this coming and we weren’t prepared.

I am never going to take performing for granted again. I really miss the stage, making people smile, touching people with my music. I miss handshakes, I miss hugs, I miss making music with my friends.

I am so looking forward to getting back on the road, recording new albums and conquering new heights.