Released in 1982 by Topic Records, Steel Skies is arguably the most remarkable solo composition by concertina and Northumbrian Smallpipes giant Alistair Anderson, an album that has had a huge impact on the folk music scene of the British Isles.

Recorded with a line up made up of Tony Corcoran (fiddle), Martin Dunn (flute and whistles), Robin Dunn (mandolin) and Chuck Fleming (fiddle, viola and mandolin), it is a concentration of dexterity and raw energy. An avant-garde release at that time with ever-changing and sometimes very long sets of catchy tunes from different backgrounds and inspirations, a kaleidoscopic work characterised by the genuine interplay between the different musicians, all floating around Anderson’s magnetic playing.

To celebrate the 40th anniversary of the release of this groundbreaking album, asked Alistair Anderson a few questions:

How did you start playing the concertina and the Northumbrian smallpipes?

Like many teenagers in the 1960s I started playing guitar because my friends were playing. At the time during 1963/4 there were shows like Hootenanny on TV and we started taking an interest in folk music.

I came across a concertina in the home of another friend who I cycled to school with each morning. The concertina had belonged to his grandfather and when my friend’s grandmother saw I was seriously interested in the instrument she agreed to sell it to me and that is still one of my main instruments - the very bright attacking one I tend to use for faster pieces. 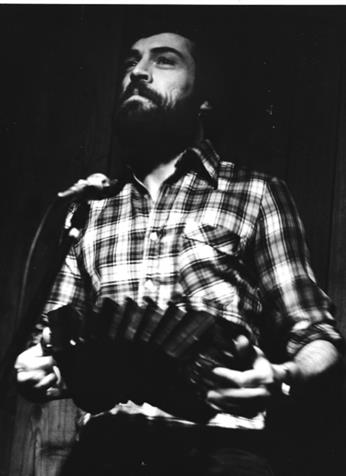 I was lucky that Colin Ross was a regular at the folk club in the Bridge Hotel, Newcastle and he would play fiddle tunes. I loved these lively dance tunes as from the age of 12 or so I had been going to barn dances run by the local walking and climbing club. So I started learning the tunes Colin was playing on the concertina.

Then the folk club, whose main focus was the vocal tradition, in common with 99% of clubs at the time, decided to start a Ceilidh night and the band was very flexible - basically anyone who could join in and play the tunes. Eventually that band developed into the High Level Ranters that started out with Colin Ross, Johnny Handle, Tom Gilfellon, John Doonan, Forster Charlton and me.

John, who was a fantastic musician and long term stalwart of the Tyneside Irish community, decided to drop out when The Ranters moved more towards focusing on the repertoire of North East England. I was very much the youngster of the band - still at school - and I learnt a huge amount about the music from each member of the band.

I was very fortunate that there was a teacher at my school whose husband made Northumbrian pipes and knew the great piper Billy Pigg. They took me up to meet Billy and he was just amazing - a brilliant musician who was very welcoming to me a concertina player who at that time probably had been playing only a year or so.

At that time it was difficult to find Northumbrian Pipes so I started making a set, going along to Forster Charlton who taught me the basics of turning and let me use his lathe to get started. I did make a reasonable start, but not having access to me own lathe it was slow going and eventually Colin Ross, who by then was making pipes regularly, made me a set which I still use today. I did use the bellows I made myself for the first 15 years of my piping.

Who were the artists that had the greatest influence on your playing and composition process? 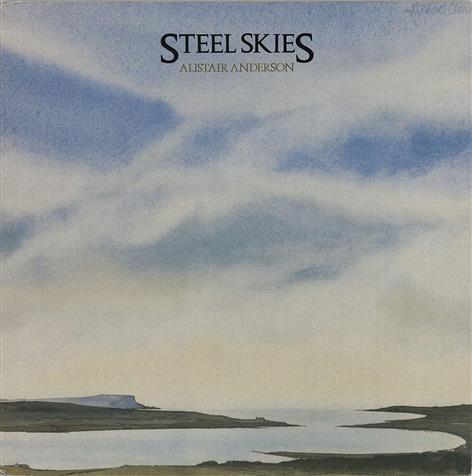 How did you come up with the concept of Steel Skies?

I had been writing tunes for a few years and I was also interested in harmony and the more I messed around with things, the more I thought perhaps I could write a more extended piece which, although it would be really just a bunch of tunes, would have elements that could attract some new people to music in traditional style.

At the time most bands played the tunes straight with a chordal accompaniment from guitar or piano. In Northumberland there was a tradition of playing “seconds.” A couple of musicians would play the tune through once then on the second time through they would add a harmony line usually in 3rds and 5ths.

Although I liked that approach I found it sometimes a little less than completely satisfying in that the second line was often not melodically very strong and thus it was difficult to really engage with that line and play it in traditional style. For some time I had been experimenting with taking tunes and writing a countermelody that could stand alone as a reasonable tune and was enjoying the results so I developed that idea to a point where I could say to one musician here is your tune and to another here is your tune - play it and “bend” it as you would a traditional tune then when we come back together the fun starts as, even though the lines were written so they would fit together, you have to listen carefully to each other to see that the way they have bent a tune fits with the way you have bent your tune.

Can you tell us about some memorable moments in the making of Steel Skies?

I well remember the moment in rehearsal that Tony Corcoran spotted that, with only a little adapting, Dog Leap Stairs could be played under the Centenary Pack despite the fact that they are in different time signatures and we had a lot of fun getting that together and it gave a real lift to the ending.

I always thought of Steel Skies as a piece for performance rather than just an album, but I knew I had to have the album out before anybody would come to a concert performance because they would have no idea what to expect if I just said "come to this concert, it will include one piece that is 52 minutes long"!

So the first concerts were particularly memorable. We did one as part of Newcastle Festival and I hired the Purcell Room, part of London’s Royal Festival Hall complex and put it on there. At the time that was very much a classical venue but we sold out, and the planning manager for the halls came to see the show.

Afterwards he asked me to put together a week of folk music shows to be part of their annual South Bank Summer Music Festival. This became South Bank Summer Folk which I ran for 3 years until Margaret Thatcher disbanded the Greater London Council and everything changed at the RFH.

However, the success of that festival led to me being asked by Northern Arts to do something about folk in our region and that led to Folkworks and, arguably, to the degree course at Newcastle University so if it hadn’t been for Steel Skies some of that may never have happened.

Which is the set that you think best represents the sound you were aiming for in this specific album?

As the thing that most makes Steel Skies different from what bands were doing at the time is the countermelodies that I use in several sections. I guess the set that most represents what I was after might be The Ironbridge. At various times each member of the band has a different line and eventually all five lines are played together.

However, the section that includes Lemmington Bank is also central to what I wanted to say, in that it is all about just playing the tunes straightforwardly but “in style.” The dynamic between the melodic content of tunes or songs and the way they are played and brought to expressive life in traditional music has always fascinated me and still does. 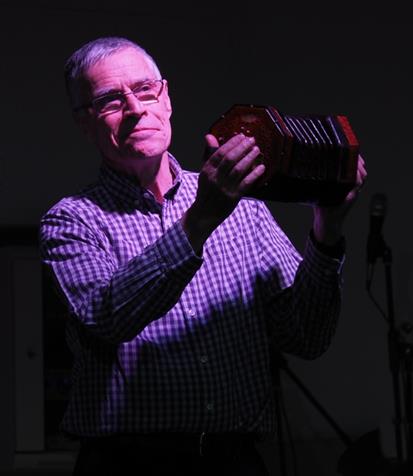 What do you think is the greatest legacy of your music?

I have no idea - I just hope people enjoy playing it!

That said, when the LP was reissued on CD I toured the piece again, but with a young band. Emily and Sophy Ball on fiddles, Lillias Kinsman Blake on Flute and Andy Watt on mandolin. At the first rehearsal Emily pointed out that she was the only one who was born when Steel Skies was first released!

Sophy Ball also collaborated with you as part of the Northlands band of course. Can we reasonably hope for a new album by Alistair Anderson & Northlands in the near future?

The wonderful musicians who join me in Northlands are all very busy so I’m not sure when we might get together to make another album! Although if a few festivals were to book the band the incentive to record again would be great...

However, I have started on a new CD - indeed one quite significant section was recorded before Covid so I should have done it all by now - but I’ve been busy helping to organise a festival in Alnwick that mixes arts and science in the hope of getting people to think about climate change and biodiversity loss.

But I am hoping to get back into the studio soon and have the new CD out before too long!