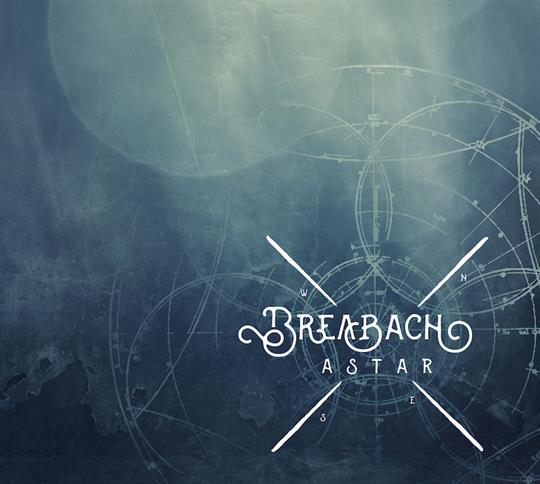 For their fifth studio album, Breabach have been on a journey. An actual journey, not the overused metaphorical sort, travelling to Canada and Norway, to Australia and New Zealand (as part of the Boomerang Project working with Aboriginal and Maori musicians). So, it’s logical to call this album Astar, the Gaelic for “journey” or “distance”.

Breabach, long skilled at marrying traditional and self-penned material with a graceful fluidity, navigate rhythmic changes with ease and subtlety. On Astar, producer Greg Lawson (BBC Scottish Symphony Orchestra amongst his credits) has helped them make sense of the disparate cultures, ideas and influences that they’ve absorbed on their travels. The result is a recognisably Breabach sound - only fuller, more rounded and mature.

The collaborative effects can be delicate: on songs like The Striking Clock, the yidaki’s deep vibrato provides an unsettling undercurrent. Elsewhere there are nimble inter-weavings of harmonic and rhythmic changes, especially in the tune sets. Sometimes, as on Muriwai with its jutting, angular Maori Haka, the effects of these collaborations are more explicit.

The White Sands of Jervis Bay marries step-dancing with a traditional Aboriginal song to striking effect. In contrast, Les Pieds Joyeux, is an entirely different take on stepping, with added foot-tapping from Le Vent Du Nord’s Olivier Demers, also guesting on fiddle. This tune set takes a new twist on the traditional tune Maggie Cameron and the result is every bit as joyous as the title suggests.

Opening track, The Morning Sun, might have been influenced by a marathon run in a Nordic midsummer, but its effect is somehow soothing and gentle. Bookending the album is The Last March, slightly mournful and downbeat but, in bringing many of the international musicians together on this final song, it feels like coming full circle and completing a cycle.

There’s no doubt that this is album is an extraordinary achievement. A “fusion” project is not easy to achieve, but Breabach have attacked it with gusto, and it’s a resounding success.