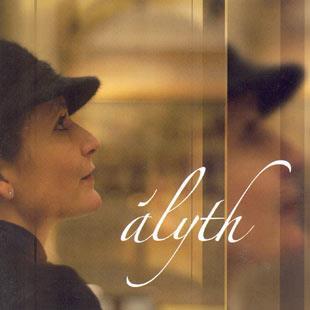 Alyth may sing mostly in Gaelic, but that doesn’t stop her music speaking to me. In fact, I would go so far as to say that the songs sung in Gaelic are stronger than the English ones - though The Queen and the Soldier is a definite album highlight, as is the toe-tapping puirt set, which illustrates the where the voice melds perfectly as a part of the rhythm and music.

The arrangements and musical accompaniments are exceedingly sympathetic to Alyth’s voice. In fact, on first listening, I would have hard-pressed to notice anything about them, which is the ultimate indicator of a perfect match between voice and instrumentation. Alyth is backed by some excellent musicians - among them Ewan Vernal and Aidan O’Rourke, both of whom will be well known to anyone reading this site.

A singer who is happy in a variety of musical styles (classically trained, performing jazz) her voice is by turns both fragile and yet powerful, as the songs demand.

Growing up on the Isle of Lewis, the album illustrates her journey through musical styles - from the traditional Scottish (The Vices Set) to modern songs (A Smuggler’s Prayer, by Boo Hewerdine), and yet all sit comfortably side-by-side, producing an album of, as Alyth puts it, ’songs of love and conscience’. I couldn’t put it better myself. All in all, well worth checking out.

Alyth isn’t touring the UK in the near future but "People like me" is released on 22 March 2009.

Alyth and band in action at Liet International in 2004: