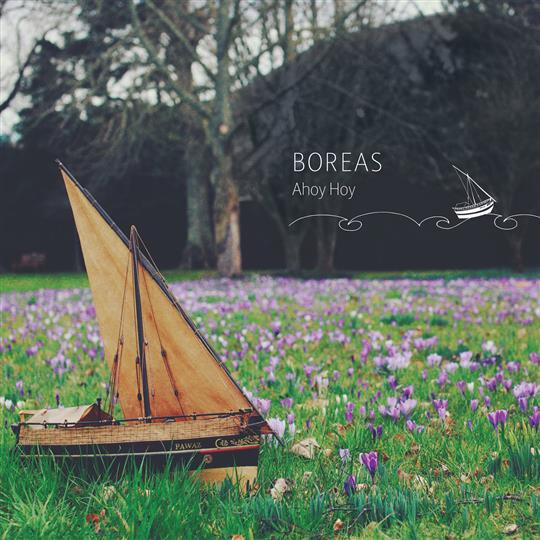 Is it possible to grow tired of sea-themed albums? There’s certainly a plethora of them about, but new band Boreas challenge the very idea in their debut album Ahoy Hoy, which brings together the traditional music of Norway and Scotland.

A new formation Boreas might be, but new to folk they are definitely not. The band comprises Britt Pernille Frøholm, considered one of the finest Hardanger fiddle players in Norway; award-winning accordionist Irene Tillung; harpist and singer Rachel Newton, who has toured with too many bands to count; and Lori Watson, widely known as a player, singer, researcher and educator of Scottish folk music and song.

With such a strong foundation, it is a joy simply to listen to the musicality and fusion of traditions on offer. What’s nice about the arrangements, though, is how entwined the tunes and songs are; a burst of song will rise naturally out of a rousing tune set, or an instrumental interlude will form part of a song.

The album opens with the gentle plucking of the harp and the strains of the accordion, moving into two fine tune sets full of complex rhythms and musical interplay. Boreas then give us a a captivating rendition of Ewan MacColl’s North Sea Holes (possibly the highlight of the album, though there’s many to choose from). The harp really comes into its own here, and together with shivering strings and airy vocals evokes the harsh, cold life of the fishermen in the song. You’ll find yourself listening over and over again to appreciate the nuances - and also because the melody is incredibly catchy.

While many of the tune sets have that mid-tempo, off-centre rhythm particular to Scandinavian music, there’s plenty of variety; take Is Truagh Nach Robh Mi Còmhla Riut, a beautiful slow piece full of delicate harp and whistling harmonics, or the rousing jigs in Claret.

Other standout tracks are Happy Set - which, full of joyous tunes and Gaelic song, more than lives up to its name - and a great version of the traditional song Braw Sailin interpreted by Lori Watson.

Ahoy Hoy is an inseparable fusion of Scottish and Norwegian music and a true work of art from four exceptional musicians. If this is Boreas’ debut, we can only speculate what they will treat us to next.