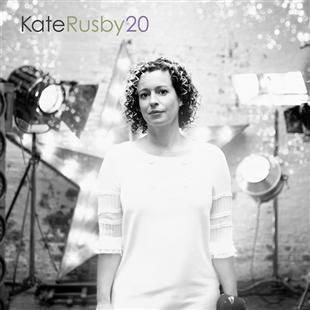 It’s hard to believe that ’Barnsley nightingale’ Kate Rusby has been making music for 20 years now. As with Spiers & Boden’s The Works, this appropriately titled record sees the singer revisiting some classic songs from her canon, and rerecording them with a highly impressive line-up of guest musicians.

The resulting album illustrates Rusby’s charming musical history perfectly, while the guestlist shows that during her two decades in the business, she has amassed some seriously talented fans and friends.

It seems a while since Rusby recorded traditional songs, and 20 serves as a reminder of her considerable ability in this field. Unquiet Grave is solemn and wistful, while Annan Waters, to which Bob Fox lends his voice, is a quite different proposition to those familiar with Nic Jones’ version - harmonies, pipes and strings lending it a calmer, more mournful air.

Jones is one of many impressive collaborators on an album many folkies will enjoy playing ’guess the guest’ to - his backing vocals on the tender The Lark hit the mark perfectly. Elsewhere, Jim Causley and Sarah Jarosz deserve particular praise for their beautifully balanced vocals, on I Courted a Sailor and Planets respectively, while Dick Gaughan and Mary Chapin Carpenter also make predictably impressive contributions. Paul Weller is arguably the most famous guest on 20, singing alongside Rusby on the album’s only new song, Sun Grazers. Strangely, his pained delivery seems to fight against, rather than work with, Rusby’s voice, resulting in an unusually grating track.

As her fans will know by now, the Grimethorpe Colliery Band complement Rusby beautifully. Their previous work together has evidently informed a musical understanding, and Underneath the Stars is lifted to a moving, melancholy level by the band’s evocative brass arrangement.

The album does sometimes become trapped in pleasant-but-uninspired territory, and some will find the arrangements at times samey and safe. The Good Man, for example, is a little on the twee side, while a languorous version of the Elfin Knight rattles along enjoyably enough without really pulling the listener into the story.

But perhaps this is forgivable on a 20-track double album. And it is compensated for, particularly on the CDs’ final tracks. Disc two’s closer, Bring Me a Boat, is a peaceful, warm way to end, but the first CD’s finale, The Bitter Boy, is absolutely lovely, featuring a lush-yet-tasteful string arrangement, achingly sad lyrics and sensitive vocals from Rusby’s husband, Damian O’Kane.

As an introduction to Rusby, 20 is perfect, while the new collaborations and arrangements offer her loyal fans plenty more to enjoy. Perhaps only the diehards will love every track, but there’s certainly at least something for everyone here.