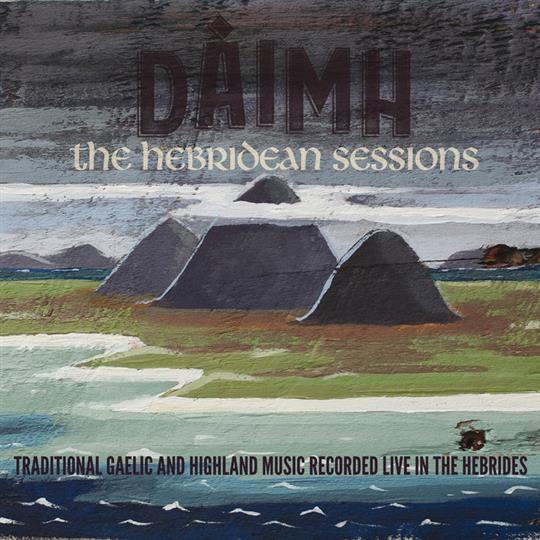 As its title suggests, The Hebridean Sessions was recorded live over three concerts, on three islands (Mull, Skye and South Uist) in six days. The results speak for themselves.

The material, as you would expect, is completely traditional and looks back to the early days of the band. These are pieces that Daimh have been playing for years but, for various reasons, have not recorded. There are songs, too, brought by their new vocalist, rising star Ellen MacDonald.

The first thing that strikes the ears is the precision of the playing. From the first track (three tunes; a quickstep and two reels) the band are on top form. Although the tunes are driven by Angus MacKenzie’s fearsome bagpipe playing there’s sterling support from the other three musicians.

The textures change for Dhannsamaid Le Ailean. Ellen Macdonald’s Gaelic singing is pure and clear soaring effortlessly over the accompaniment. The song, according to the cute icons printed on the CD packaging, is all about dancing. The lyrics can be obtained by a quick internet search. “I’d dance, dance to the bottle. I’d dance, were there anything in it.” Well, quite!

The heart of the album, and arguably its highlight, is MacDonald’s version of Gur E Mo Ghilledubh Dhonn. This waulking song (traditionally sung by women whilst beating tweed) is about a woman lying awake thinking about her lost love, who has abandoned her. The emotion is not only felt in the vocals but in the two instrumental climaxes of the piece. The overall effect is stunning.

It’s difficult to single out a favourite set of tunes as the quality is so high. It’s probably a toss up between Bog An Lochan (a strathspey and three reels) or Dunrobin, a set of four reels which closes the album. Both are lively, well played and know when to stop.

Daimh’s Hebridean Sessions; not so much an album, more like a lucky dip where you win a prize every time. Highly recommended.

Released by Goat Island Music on the 9th November 2015