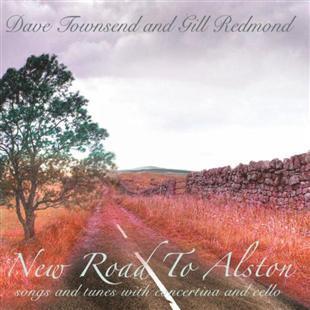 Dave Townsend and Gill Redmond have performed together for years, but New Road to Alston is their first album together. The pair are inspired by the traditions of Cumbria and the Lake District in particular, but also explore music from Wales, America and Scandinavia.

Townsend and Redmond are both talented players - sharing drone and melodic duties between them equally. Folkies will perhaps expect some dextrous concertina work, and Townsend doesn’t disappoint: his playing is perky and bright on the album’s opening track, and lyrical and soothing on Father James’s Tune.

Redmond, a member of ceilidh band Jigfoot, is more of a surprise - if only because the cello pops up rather less often in folk music. She extracts everything her instrument is capable of: sometimes playing tunes as if it were an enormous fiddle, sometimes bowing those big, resonant low notes to satisfying effect, as on the sonorous Farewell to the Shore.

The album is dominated by tunes, but Townsend takes the lead on a selection of songs. Lousy Tailor is a classic tale of an “ineffectual” tailor (it never seems to work out for them in folk songs), while The Banks of the Sweet Primroses is a fresh, bright and bouncy reading. Perhaps best of all is The Captain’s Apprentice, a grim tale that suits Townsend’s soft, conversational delivery. The Chinese Dance, which follows, is appropriately tumultuous.

There is an interesting and varied selection, including three nicely paced Swedish tunes, and the sprightly Washington Hornpipe/William Irwin’s combination. Variations on Johnny Cope is dazzlingly complex, Redmond backing Townsend’s theatrical playing with subtle, plucked cello. The rather lumbering backing to Rolling in the Dew is a rare misfire, however.

Some will tire of the sheer number of instrumental tunes - there are at least 24 across the album’s 14 tracks, and all stick to the concertina/cello formula - but they are played with enthusiasm and no small amount of verve. New Road to Alston is a very likeable album indeed.

1. New Road to Alston & Trip to Cartmel
2. The Lousy Tailor
3. Shaker Tunes - Father James’s Tune, Mother Anne’s Tune & Encouragement
4. Banks of the Sweet Primroses
5. Schottische, Captain Lindholm & Chocolate & Buns
6. The Captain’s Apprentice & The Chinese Dance
7. Washington Hornpipe & William Irwin’s
8. The Shepherds’ Song
9. Boroughbridge Rant, Berwick Lasses & Love for Ever
10. Old Age and Young & Variations on Johnny Cope
11. Rolling in the Dew
12. Farewell to the Shore & Milford Haven
13. The Banks of the Nile
14. I’ll Touzle Your Kerchie, All Around the World & Whip Her and Gird Her 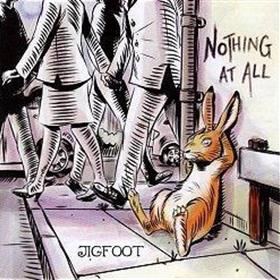